It took four years, but starting June 1st Xiaomi online will start landing here in the US, UK, France, and Germany. We’ve been reporting that Xiaomi is looking to expand their reach and here in a couple of days we’ll see some of what the Chinese start-up has to offer.

The US Xiaomi online store will be the first of four offerings where consumers can purchase limited products and accessories such as phone cases, headphones, batteries, power banks, and the popular Mi Band. The US store will open on June 1st with online stores in the UK, France, and Germany opening up shop on June 2nd. 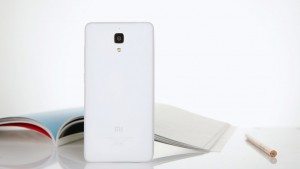 This is only the beginning of what most believe will literally be a Xiaomi invasion of many western countries as the third leading manufacturer of smartphones looks to bring some of their best offerings to consumers worldwide. Expected to start featuring many high-end devices such as the rumored Xiaomi Mi 6 here in the states next year, analysts are forecasting huge consumer interest.

The start-up out of China recently opened up shop in India where they have been highly successful. It’s hard to not appreciate mid to high-end devices with an even better price tag that seems to compete with all the big players such as Apple, Samsung, Sony, and LG.

It’ll be interesting to see how receptive western consumers are with the wide array of Xiaomi products that are a fraction of the cost of similar products, which is what consumers have fallen in love with in both China and India.