New rumors on the upcoming Xiaomi Mi Band 2 suggest we’ll see a touchscreen display which will be a huge selling point for those looking for a budget friendly fitness tracker with more features than the first. The 1st gen Mi Band lacked the ability to see on-screen information as the only way to see fitness measures was using the onscreen display when tethered to a smartphone.

The original Mi Band has sold more than 6 million worldwide, partly due to the extremely price of $12. With the new Xiaomi Mi Band 2 rumors on the touchscreen display, this would mean a higher price point, but one that’s still expected to be well below other fitness bands. 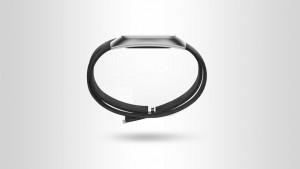 Although it’s yet to be confirmed, we’re expecting the official announcement to come in the beginning of July. If so, this would means sales would open to the public sometime later in the month.

We’re expecting to hear something official from Xiaomi that would give us all the details including price and other specs. From what we’ve been hearing, the design of the band itself isn’t going to change much, and the same colors will be available in the Xiaomi’s 2nd fitness band.