The Xiaomi Mi 4i is selling like hotcakes since being launched in India a short time ago, and the overheating issues that have been noted having been giving off a new meaning to the term “hot”. The Mi 4i has been known to have overheating issues since debuting, and a new update is said to fix the current problems.

The Xiaomi Mi 4i overheating issues have reported to cause many handsets fail completely. Xiaomi confirmed the recent OTA update that is just over 800MB in size, and is currently being rolled out to all handsets. 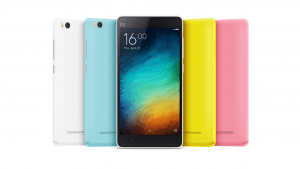 The update is said to fix the thermal control algorithm, and so far has been working as promised. According to an official Xiaomi announcement, the OTA install will “adjust frequency, voltage, and the number of cores in use depending o the chipset temperature”.

In the short time since being released, there have been no further reports of Xiaomi Mi 4i handsets overheating that have received the OTA update.