For Verizon customers, the time is finally here for the debut of the Nexus 6 smartphone. The official Verizon Nexus 6 release date is March 12th as today marks the day that Nexus fans can get their hands on the latest release. Verizon is the latest US cell carrier to open its online sales room to consumers around the country, and one of the last to do so.

Online sales opened today, and those wishing to by the Nexus 6 will have to wait until March 19th. Both contract pricing and no money down options are open to new and current customers. Verizon Edge is one of the most popular options, and for zero down today you can have the Nexus 6 shipped right to your door for only $27.08/month. The typical two year contracts are still an option for $249. 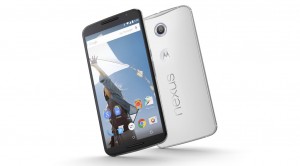 Much of the speculation for the Verizon Nexus 6 release date delays surround the latest Android operating system update. The Nexus 6 comes pre-loaded with the latest Android 5.1, and it appears to be up and running with no glitches at all. The 5.1 version is said to have fixed numerous glitches in the original Android 5.0 Lollipop release such while being better with resource management all-together.

The Motorola Nexus 6 specs include: