Verizon customers rocking the Motorola Moto E will be seeing the latest Android operating system anytime now as the first sighting of 5.1 has just begun. Verizon is the latest cell carrier to release Android 5.1 for the Moto E, and so far the rollout has been without issues.

The Verizon Moto E Android 5.1 update is listed as version #23.11.17 and will be seen on your handset as an OTA update. The Verizon option will display onscreen asking for your permission to apply the update. You can always check manually by going to your phone’s Settings > Check for System Updates and locate which version number you have. 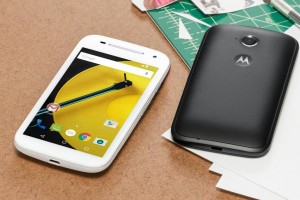 Verizon is one of the last US carriers to rollout out Android 5.1 for the Moto E as those rocking the LTE model received theirs late last month. It is somewhat surprising the budget friendly Moto E received the rollout before the flagship Motorola Droid, and users will be waiting a bit longer.

Verizon was intending rolling out Android 5.1 for the Droid, but a new announcement as of today tellsu us otherwise. Motorola told us today the Droid Android 5.1 update is still being tested, and may not be here until late this month, or early July.