Verizon is known for releasing price promotions on data, and the recent announcement has them looking at what their competitors are currently doing. The recent Verizon data price drop gives consumers better price options in hopes of competing with what the other top US carriers are doing.

The Verizon data price drop is similar to promotions offered last fall including their 10, 15, and 20GB More Everything Shared Plans. No timeframe has been made official on the new promotions, but it’s certain they’ll only be for a limited amount of time. 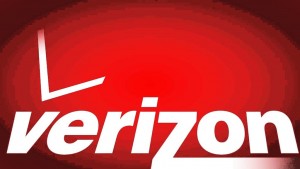 Sprint and T-Mobile have gained a considerable amount of consumers as Verizon is currently heading in the other direction. With Sprint, T-Mobile, and AT&T are offering cheaper data plans than Verizon and consumers have been taking notice.

Currently, Sprint and T-Mobile are offering to pay off any existing contracts when you switch carriers which has contributed too many consumers doing just that. While AT&T isn’t offering the same promotions, their data plans are slightly cheaper than Verizon as well.

Below, are the full details on the Spring-Summer 2015 Verizon data price drop that’s just in time for Mother’s Day.