For those of you who are seeing the Sony Xperia Z3+ for the first time and were seeing something different, then you may want to look again. The familiarity of the Z3+ and the Xperia Z3 which launched worldwide last year are more of the same, and it looks a lot like the Xperia Z4 which launched in Japan last month.

So why the confusion you ask? Sony typically launches a new flagship at least once a year, and those in Japan have come to expect more of the same from the Xperia Z series. The recent Japan only launch of the Xperia Z4 showed minimal changes to the specs when comparing it to last year’s Z3, but was marketed during the launch as a significant upgrade. 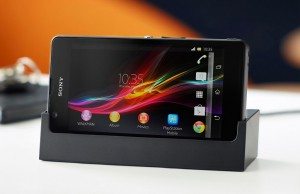 The difference in naming between the Japan Z4 and the UK Z3+ comes from a difference in opinion for consumers. In other words, the Z4 to the average Japanese consumer is reminiscent of a major upgrade, but under the same name in other markets including the UK it wouldn’t be viewed the same.

Hence, the UK Sony Xperia Z3+ which has ever-so-slight changes in the concept from last year’s Z3 which is where the “+” naming comes into play. The same would probably hold true if the same phone was launched here in the US and it would never be viewed as a new flagship, but instead would be viewed as the same old, same old.

There are still rumors on the worldwide launch of the Sony Xperia Z4 which is expected to become a reality later this year. Whether or not the Z4 branding will be used or if Sony will decide in launching it with a new moniker all-together, it is expected to be have significant enhancements.

Only time will tell, and we’ll continue to update you with the latest Sony Xperia Z3+, Xperia Z4, or whatever comes our way next.