Ubuntu looks to join Microsoft in the hybrid smartphone and PC market with their new creation that is set to be released by the end of 2015. The confirmation looks to bring a Windows based Ubuntu smartphone that will enhance the functionality while giving consumers the best of both worlds. Mobile reliance mixed with desktop computing is something that will only take off, and Ubuntu is looking to get in on the action.

Microsoft has already been testing the waters of bridging the gap between smartphone and pc, and now Ubuntu looks to make a name for themselves. Microsoft’s Surface and line of Windows based phones are the closest in heading in that direction, but analysts believe there is still a ways to go. 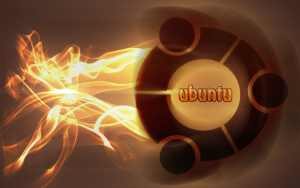 An Ubuntu hybrid smartphone is difficult to fathom considering they have yet to make a name for themselves within the industry itself, but executives are optimistic of their future plans.

As of this time there are no specifics, but we’ll continue to get the latest what appears to be a late 2015 Ubuntu hybrid smartphone release.