We’re only a few months into 2015 and there is already numerous rumors on the top Phablet Android smartphones for this year. The tide has turned as the idea of smaller and more compact smartphones has been replaced with the idea of much larger and more productive smartphones. This year looks to be the year of the Phablet as most of the top manufacturers are looking to get into the premium market with releases of their own.

Samsung created this market with the Galaxy Note series, but others such as LG, Sony, and HTC look to make a name for themselves in 2015. The following preview on the top 5 Phablet Android smartphones 2015 will give you a great deal of insight of things to come. 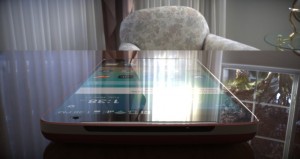 How could we start off a Phablet preview and not include the founding series on top of this list. The upcoming Samsung Galaxy Note 5 will no doubt be bigger, faster, and much better than the #1 Phablet on the market today, the Galaxy Note 4.

The 5th Phablet release from Samsung is rumored to hit a store near you this September with some impressive specs including a 4K screen, larger 5.8” display, and an octa-core Qualcomm Snapdragon processor. One of the most impressive rumors is the attention to detail as noted in both the front and back cameras with more megapixels and the return of an even better optical image stabilization feature.

The LG G4 Note is rumored to be officially announced sometime during the early summer. LG is looking to bring out a Phablet of their own that will give consumers the same great features as the LG G4, but with a bit more size behind it. Rumored to feature a premium 5.8” Sapphire display, full uni-body metal design, and the G Pen Stylus, expect the G4 Note to be one of the best Phablet Android smartphones 2015.

Expect the follow-up to the pioneer of the Edge screen concept to be even more popular with the release of the second model. The Samsung Galaxy Note Edge 2 is rumored to be featured in many more markets than the limited market release of the original Galaxy Note Edge. With the huge success spinning off the Galaxy S6 Edge concept, expect the 2nd release to be even better.

New Samsung Galaxy Note Edge 2 rumors suggest an all-metal body as the push for more premium features looks as though they’ll be making its way to all 2015 Samsung flagships.

Sony didn’t give us any information during the MWC event like we were hoping, but this doesn’t stop the numerous rumors on a premium, larger version of the Xperia Z5. Rumored to be a 6” premium variant called the Xperia Z5 Ultra, Sony is hoping to get back on top with their rendition of the Phablet.

The Sony Xperia Z5 Ultra is expected to be made official this June, and is expected to sport some high end specs. We’re hoping to see an octa-core processor, 4K Ultra HD display, and at least a 24 MP rear camera. Expect much more on the Z5 and Z5 Ultra in the coming months leading up to a potential Xperia Z5 Ultra release in June of 2015.

Probably the most intriguing of all the rumors on the Phablet Android smartphones for 2015 is a premium version of the HTC One M9. Rumors on a HTC One M9+, Prime, and Ultra have all been in existence with the idea of a +, and not a Plus is in the works. The HTC One M9 was made official on March 1st, but a premium version isn’t expected to be made official until right after the April 10th US M9 release date.