Xiaomi seems to be rolling out a new wearable device sooner than you think, as a recent report claims that the company is planning to introduce the Mi Band 2 tomorrow.

The report has been published by MyDrivers.com, a Chinese website, stating that Xiaomi will announce the Mi Band 2, tomorrow, on 22nd July. The very first version of Mi Band had also been released on the same date last year. Moreover, a teaser has been published, which contains the image of a Mi Band, along with the letter “W.” It is believed that the letter “W” stands for either “wear” or “watch”. In other words, it indicates a new “wearable” product that can display the time. 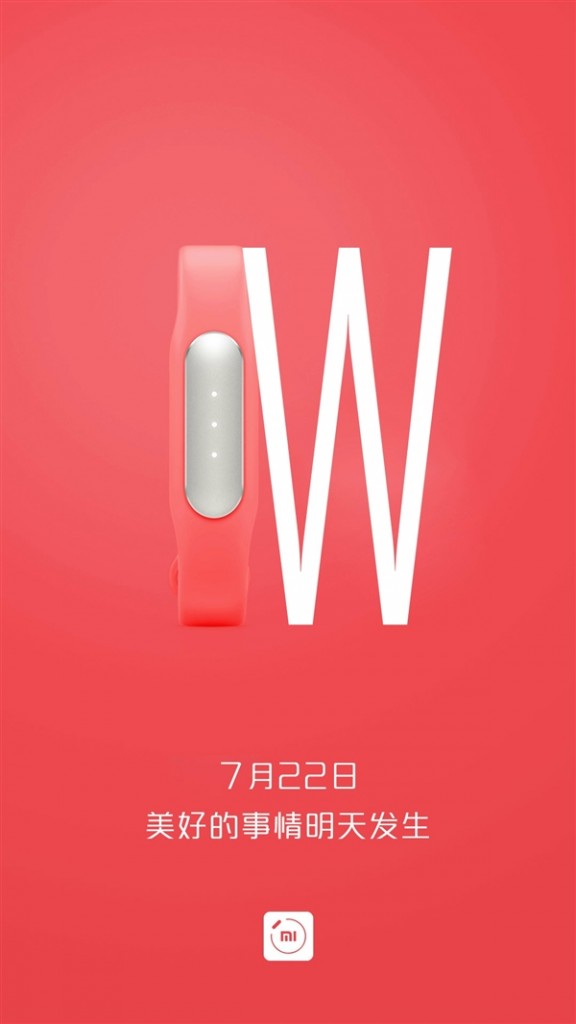 Earlier this month, several pictures of the alleged Mi Band 2 were being revealed in a report published by Engadget. The report claimed that the images had been sourced from Taiwan’s National Communications Commission. The images suggested that the device would have a similar design in comparison with its predecessor. Nonetheless, the wearable product was claimed to be equipped with a heart rate monitor. However, its price had been said to be a bit higher than its previous version.

Last month, several leaked renderings of the Xiaomi Mi Band 2 surfaced throughout the internet, which had been sourced from a Chinese website, called Weibo. The images suggested that the device would feature not only a touchscreen but also the NFC chip. The images created a huge buzz throughout the online smartband community. However, the excitement did not last long, as the renderings had been found fake within a short time. The alleged device has been just a simple child tracking device available in the Chinese market.

Xiaomi has achieved a huge success with its Mi Band. Earlier this month, the company announced that it had sold more than 6 million Mi Band units. The cheaper price tag of only $15 played a major role in driving the cost conscious customers. It will be really interesting to see how the new Mi Band 2 perform in the global wearable market with a higher price.