T-Mobile is one of the last cell carriers to push out the Android 5.0 for HTC One M7 smartphones, and it seems that the time spent tweaking the latest update has really paid off. Other devices and carriers have had problems with various glitches with their 5.0 installs, to the point where some carriers with specific phones have stopped the updates all-together. 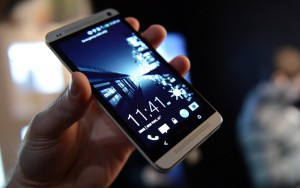 Right from the beginning, you will notice a huge difference in graphics and visuals when comparing the older KitKat 4.4.4 with the latest version of Android 5.0. The new OS displays on the HTC One M7 as expected, and is believed to improve the battery life and speed of the phone itself.

Also, one of the biggest problems with the Contacts App that was seen in the previous version of Android 5.0 is now a thing of the past, and won’t give you any problems on your M7 smartphone.