Sony is always one of the biggest players at the annual CES event in Las Vegas, and the 2015 event which starts today looks to be no different. One of the biggest announcements many analysts would come from Sony during this year’s Consumer Electronics Show is an announcement on the Sony Xperia Z4. Some have been speculating that Sony would make the official Sony Xperia Z4 release announcement sometime during the event, and others have said they would not.

The speculation has been huge to say the least, and typically this is what Sony does best. A cliff-hanger so to speak to keep all of us on the edge of our seats is truly working, patiently awaiting any official Sony announcement. 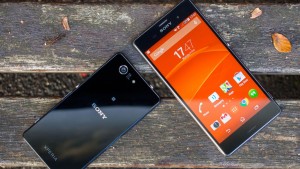 Only time will tell and with the CES event starting this morning in Las Vegas, we should have much more info on the Xperia Z4 very soon. Other news we are hoping to see more about is if there will be two Xperia Z model smartphones released this year. In previous years, Sony has graced us with two smartphone releases per year, but this is expected to change here in 2015.