Both the Sony Xperia Z4 and Z3+ have been facing overheating issues relating to the controversial Snapdragon 810 processor, to the point that retailers are now warning consumers before any purchase. The 810 SoC has been facing overheating problems since debuting in handsets and Sony has elected to use the faster processor in each of their newest flagships.

A new firmware update has just been approved and should be rolling out to both the Japan only Xperia Z4 and international Z3+ this summer, and Sony is hoping the problem will be a thing of the past. The update has just been given permission to be rolled out by carriers and carriers the build number 28.0.A.7.24. 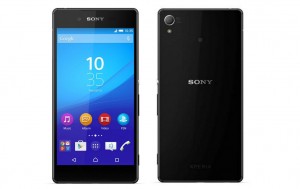 As of now, there’s been no official release date for the firmware update for both handsets, but we can’t imagine Sony will be sitting on it for very long. With the long stream of overheating issues that Sony has been dealing with has been hurting both sales in Japan and many European markets.

Early testing suggested the Snapdragon 810 overheating issues were a thing of the past leaving Sony to use the 810 Soc processor in many of their upcoming handsets. Sony has taken a proactive approach and acknowledged the problem does exist, and has warned consumers of the same.

We’re hoping to see the Sony Xperia Z4 and Z3+ firmware update here very soon, and we’ll be bringing you the very latest as soon as we see the rollout begin.