Sony has been full of surprises over the past couple of months debuting the Japanese only Xperia Z4 and the recent release of the Xperia Z3+. The familiar face of the Z3 gets a slight enhancement in processing, power, and depreciation in other areas such as the battery creating the Sony Xperia Z3+.

For those of you in markets around the world who are expecting a flagship device that you have yet to see, then keep on waiting as the Xperia Z3+ isn’t that. Set to debut this summer in the UK with no official word on who’s up next. Sony confirmed the Z3+ is a made-over Z3 versus anything significantly different as we were expecting with the Z4. 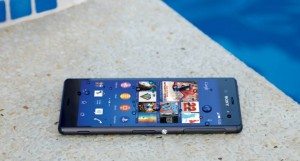 Below, we take a closer look at what Sony Mobile has to offer next as seen in the following Sony Xperia Z3+ specs, features, price, and release date.

Let me reiterate the fact that much of what you loved about the Z3 will once again be seen in the Z3+. Although there are no significant changes when looking at design and specs, the Z3+ does improve ever so slightly over last year’s flagship. Despite the Xperia Z3 launching last year, it’s still a very high quality handset when looking at other flagships out now.

Sony electing to bump up the power as the Xperia Z3+ now sports the Qualcomm 810 processor, 5MP selfie camera, and 3GB RAM. The waterproof feature will be getting an upgrade as well as users can now submerge the handheld in up to 3 meters of water with its IP68 rating. On the other side, one of the most disappointing factors is there’s no optical image stabilization, which is something that Sony faithful were hoping to see.

Below are the confirmed Sony Xperia Z3+ specs and features:

The official Sony Xperia Z3+ release date will start in June, and is reported to launch in the UK. Though there’s been no official price structure given by Sony, they did confirm the price will be reflective of a premium flagship. Sony confirmed the Z3+ launch will be a global release, and we’re expecting to see the release in other markets around the release in the UK.

We’ve seen the first sighting of preoders for the Z3+ in the UK. An online site, Mobile Fun.co.uk is currently taking Z3+ preorders and is also giving those who get in early a free screen protector worth £12.99. Mobile Fun is listing the handset for £549 and you can preorder it in black and white along with cases and many other accessories.

We’ll be bringing you the very latest on the Sony Xperia Z3+ price and release date for individual markets as soon as we get the confirmations.