The Sony Xperia moniker has taken a few different turns over the past couple of months, and the latest Xperia Z3+ is still difficult to understand for many consumers. With Sony Mobile launching the Z4 as an exclusive to the Japanese market, there have been a lot of questions still unanswered until the Sony Xperia Z3+ was revealed.

The Z4 was supposed to the flagship that everyone was waiting for this year, at least until it actually debuted. Now, everyone’s attention turns to the Xperia Z3+ moniker that is set to launch in many European markets this month including the UK, Germany, Belgium, Denmark, Finland, and many more. 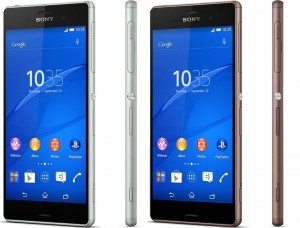 With many carriers throughout Europe opening their Sony Xperia Z3+ preorders to the general public, we have all the details on when, where, and how much that you may just want to see.

We’ll continue to update this page with the latest retailers that officially announce their Sony Xperia Z3+ preorders availability and price details.