Sony launched the premium version of the Xperia Z3 worldwide, just a bit late. The debut of the Sony Xperia Z3 Plus was just spotted in Canada and many markets in Europe, and now it’s making its way to the Indian market. Dubbed as the Z3 premium version that many thought would be considered the Z3, the Xperia Z3+ is already drawing huge consumer interest.

The Sony Xperia Z3 Plus in India is expected to be featured by many carriers, and is believed to launch on June 22nd. With a price of Rs. 42,000, it will compare with other mid-range handsets with similar specs. The Xperia Z3+ sports a nice range of features including dustproof and waterproof. With an IP65/68 rating, it can be submerged in up to 9 feet of water and is resistant to splashing. 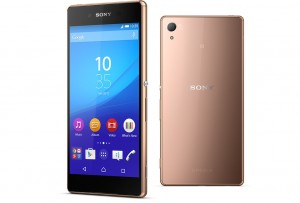 The full Sony Xperia Z3 Plus specifications are below

Sony has already announced an update is on the way to address overheating problems that have surfaced in other markets. The Qualcomm Snapdragon 810 processor has been reported to have issues relating to producing too much heat while playing games, video recording, and using intensive applications.

Hopefully the above leaks hold true and the India Sony Xperia Z3 Plus release date remains for June 22nd. We’ll update you as soon as the official announcement is made as well as the available through retailers throughout the Indian market.