After launching the Sony Xperia M4 Aqua in both the UK and India last month, reports are in that it’s on its way to Canada. The Aqua boasts an impressive line of specs if you’re looking for a quality mid-range handset which includes both waterproof and dustproof features.

The expected Canada Sony Xperia M4 Aqua release date should be made official anytime now, but we’re pretty certain consumers will be able to pick one up by the end of July. With carriers Virgin Mobile, Bell, Fido, WIND Mobile, and Videotron all expected to feature the Canadian launch; consumers won’t have a problem picking one up on day one. 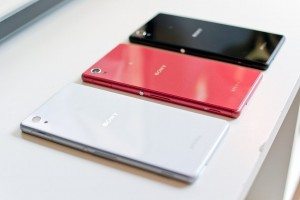 Below are the confirmed Sony Xperia M4 Aqua specs and features:

It’s interesting to note that some cell carriers may be offering slightly different specs for their model of the M4 Aqua, but we’re not expecting any significant changes.

No official price details have been provided by the cell carriers in Canada, but based on the launch price in other markets we have a pretty good idea. In the UK, the launch price is listed for €299 which equals to just over 400 CAD, or $325 here in the US.

We’ll know the Canada Sony Xperia M4 Aqua price as soon as carriers open up preorders, which should be announced anytime now.