Rumors on Sony’s new Smartband that is set to be released later this year are in full swing thanks to a premature post into Google Play. Appearing for a very short time before being taken down was a new Sony Smartband 2 app that showed the full features of things to come, and the biggest of them all is a heart rate sensor.

The new heart rate sensor is said to be under the forearm side of the band along with a new vibration wake notification. It’s believed the wake notification will vibrate the band itself after a predetermined time is set notifying (waking) the wearer completes a sleep cycle. 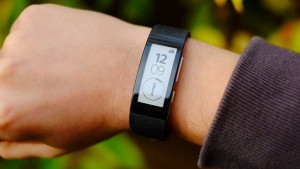 This premature launch suggests the Sony Smartband 2 will be announced anytime now, as it’s easy to assume the app would have been placed into Google Play after the official announcement. With the original Smartband launching in May of last year, this is slightly later than Sony’s typical yearly launch cycle.

Sony will be looking to keep the price of the 2nd generation Smartband comparable with the 1st which means a launch price around $100 is quite practical. We’ll keep you updated if/when Sony decides to prematurely launch, the official announcement, or whatever happens first.