Samsung has confirmed that they will be featuring their own Tizen operating system in more smartphones starting this year including rumors in the upcoming Samsung ZTE LTE. The ZTE LTE model is believed to be an upgrade of the Samsung Z1 that will feature similar specs, but will launch with LTE connectivity.

The Tizen operating system is an open source OS that is currently featured in many devices including smartphones, smartwatches, TV’s, and much more. The open platform was created by developers and supports cross platforms and is specifically fitted to the device it is currently running on. 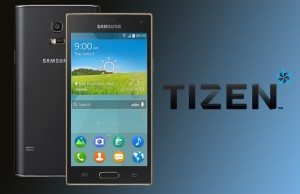 Not much is known about the Samsung ZTE LTE model as it’s yet to be made official, but is expected to launch later this summer. The Z1 currently boasts features like a 4” TFT touchscreen display with a 1.2GHz dual core processor. The ZTE model may be getting a slight bump in speed and resolution, and of course will be featured on the latest version of Tizen.

Currently, Tizen is running in more than 180 countries worldwide, and is expected to expand it’s reach throughout the year. As more smartphones begin to start running the open source operating system, you can expect to hear much more about it. For now, you can check out the official Tizen operating system page for more info as well as which devices are currently running the OS.