The rumors about Samsung’s next-gen flagship phone, Galaxy S9, has been surfacing online for several months. A lot of them had claimed that the device would be released in March 2018. In terms of the release dates of the predecessors, the prediction sounds very logical. However, there was a lack of strong evidence. But this time, there is an evidence that has cemented the claim in the most believable way. In this Samsung Galaxy S9 news round-up, you will find all the details.

Recently, a key document in the website of US FCC, which shows two different smartphones, called SM-G960U and SM-G965U. The official names of the devices haven’t been mentioned there. However, the model numbers seem to line up with SM-G950U and SM-G955U, which are last year’s Galaxy S8 and Galaxy S8+. As a result, almost all the analysts are claiming that the SM-G960U and SM-G965U will be the Galaxy S9 and Galaxy S9+.

The FCC documents haven’t revealed any key information regarding the specs. However, according to numerous Samsung Galaxy S9 news reports, it does mention the LTE bands the Galaxy S9 will be using, which clearly shows that the device will be compatible with all the four major carriers, including AT&T, Sprint, T-Mobile and Verizon.

Earlier this month, DJ Koh, the President of Samsung Mobile, confirmed that the Galaxy S9 would be revealed at the MWC 2018. The event will take place from February 26 to March 1. As we are heading towards the beginning of the event, it’s not surprising to see Samsung requesting the approval from the US FCC for its next-gen flagship phones entering into the country. And it has made a renowned leakster to contact a C-level insider and obtain the most possible release date.

On January 16, Evan Blass, who has a great track record of leaking the future Samsung smartphones, had made a major tweet. He claimed that both Galaxy S9 and Galaxy S9+ would be launched on February 26, which is the very first day of the MWC. He also claimed that the pre-orders will begin on March 1, with the shipping beginning on March 16, citing an unnamed C-level executive working at a renowned smartphone case manufacturer.

According to a C-level executive at a major casemaker, the go-to-market schedule for Galaxy S9 / S9+ is as follows:

The big names of the smartphone case industry maintain a strong relationship with all the major handset manufacturer, including Samsung. And they get information about the release dates of the next-gen smartphones very often from the top officials. Knowing the release dates enables them to release their own cases for those upcoming smartphones at the same time. So, Blass’s tweet is believable and significant. 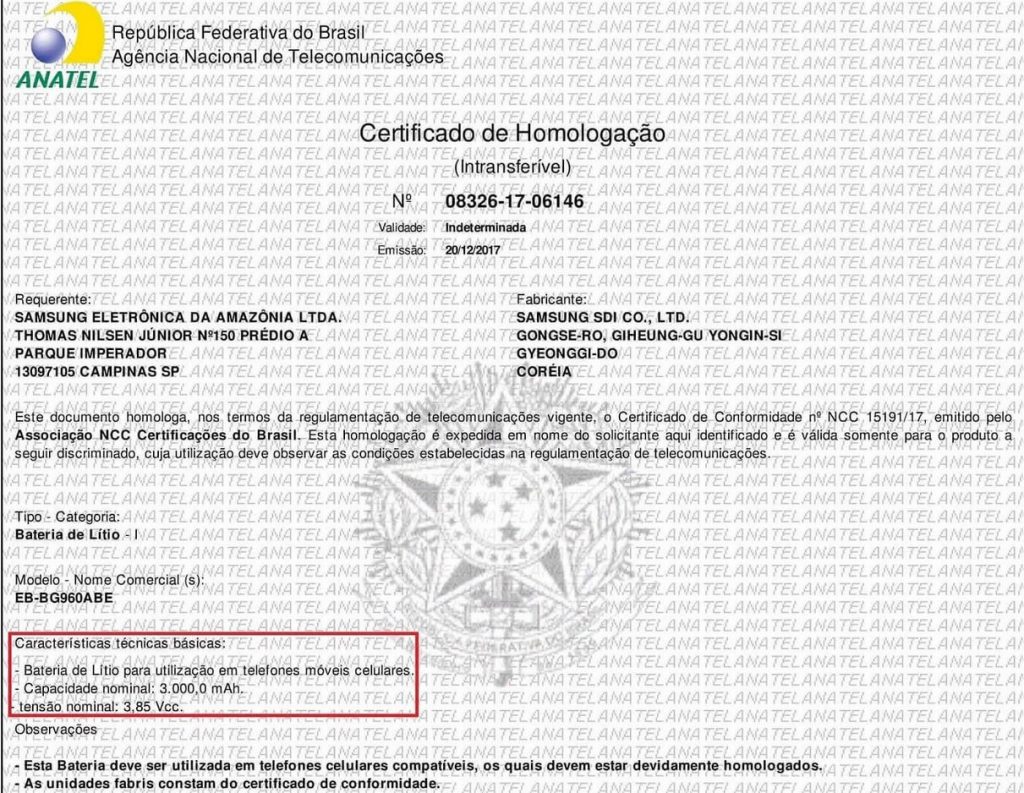 Anatel, the Brazilian telecommunications agency, has revealed the battery capacities of the next-gen Samsung flagship phones. It claims that the Galaxy S9 will have sport a 3,000 mAh battery. On the other hand, the larger counterpart, the Galaxy S9+ will feature a 3,500 mAh battery. And it is a bad news for everyone. The batteries of the current generation Galaxy S8 and S8 Plus have the same capacities. Yes, they are able to last longer than most of the competitors. However, the same capacities mean that the batteries of the upcoming Samsung phones will not be able to last longer than the predecessors. Samsung will definitely pull out some software tricks to enhance the battery life. But the result will be not much different. We would love to see the batteries surviving over 95 hours in the endurance rating test, just like Galaxy Note 8 battery. But obviously it’s not going to happen.

We will continue to cover major Samsung Galaxy S9 news in the coming days. So, do not forget to check our website regularly.