The current generation Galaxy S7 is storming the market. But that doesn’t make the predecessor, the Samsung Galaxy S6, a bad choice in 2017. Being compatible with the latest Android operating system, it has become better over the time. Moreover, with the price being dropped significantly, it has become more affordable than ever before. In this article, you will find the detailed review of the 2015 flagship smartphone. Take a look at it. 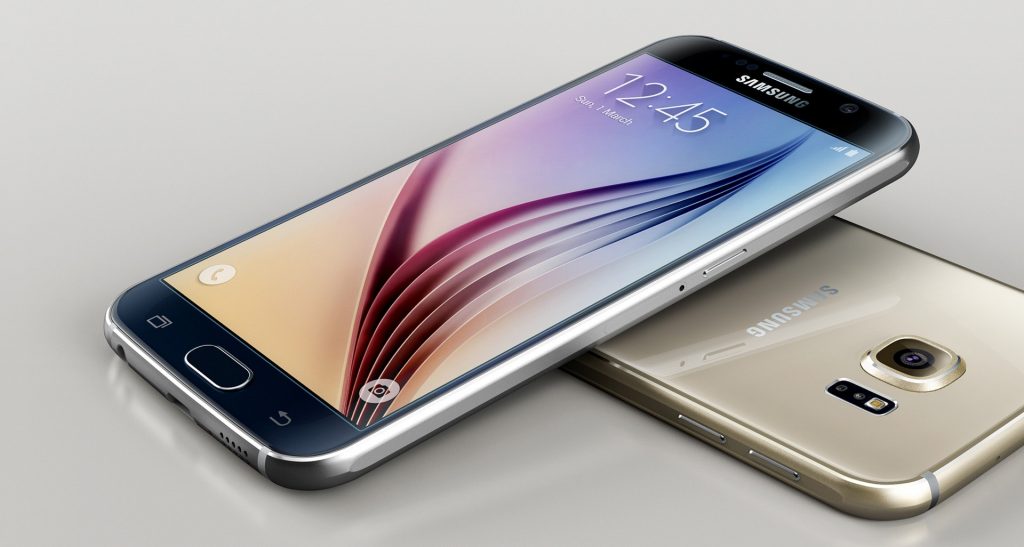 Samsung knew that it had to come with a new design to survive in the highly competitive smartphone market. That’s why, instead of the plastic, it applies metal to construct the body of the Galaxy S6. It results in an eye catching, premium design. The combination of Gorilla Glass 4 and aluminum alloy bands on the sides helps it stand out of the crowd even in 2017.

The Galaxy S6 is not as chunky as its competitor, including the iPhone 5S. It weighs only 138g. Moreover, it has a thickness of only 6.8mm. As a result, the device feels really great to grab.

Samsung has done a great job to place metal volume and power keys in the opposite sides. It eliminates the possibility of pressing the power key accidentally. The specific issue frustrated the users of the HTC One M9. However, the company doesn’t do a great job with the placement of the speaker. Being located at the base, the speaker becomes blocked when you hold the device to watch movies. There are some more issues with the design. We find the home key being a bit raised than of the Galaxy S5. So, it might be pressed accidentally in your pocket. Moreover, the device is not waterproof like its predecessor. So, be careful while taking it near to the swimming pool.

The Galaxy S6 is available in different colors, including White Pearl, Gold Platinum, Black Sapphire, Blue Topaz and Green Emerald. Some of them support dual tonality. That means, they change with respect to the amount of light. However, the brighter ones are prone to fingerprints. So, you have to clean the device regularly. 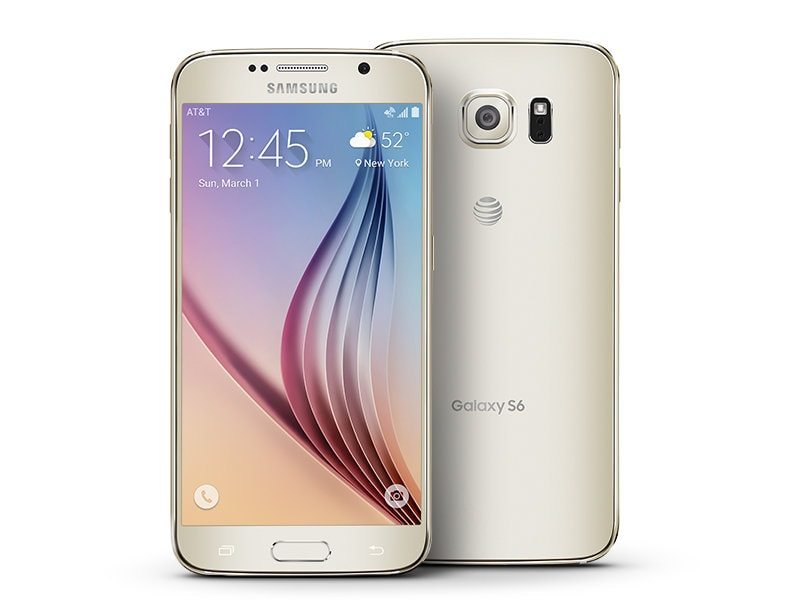 The 5.1-inch Full-HD, Super AMOLED display is still one of the sharpest smartphone screens on the market. The extremely high pixel density of 577 ppi says it all. In terms of color accuracy and contrast level, the display has driven us crazy! It has scored 100% sRGB color gamut points in the calibration test. The test also revealed the perfect black level of 0.00cd/m2. So, the black texts and background look incredibly deep.

The display of the Samsung Galaxy S6 produces vibrant colors. You will be completely stunned by the clarity. With the TouchWiz, you can adjust the color according to your preference.

The display looks awesome from all viewing angles. So, it is very effective for watching movies with your friends.

The AMOLED display is blindingly bright. In the outdoors, we measured a peak brightness of 577 cd/m2, which is a way higher than the LCD display of the HTC One M9. So, while using it on the bright sunny day, you will have no problem seeing the texts, images and videos clearly. 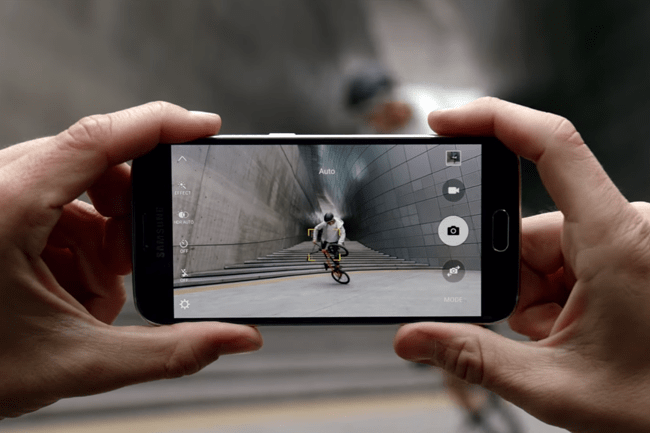 One of the major highlights of the Samsung Galaxy S6 is the 16-MP rear shooter. It captures absolutely stunning photos. The colors look very vibrant. With the improved shutter, you can take instant shots very quickly. Moreover, the autofocus is extremely fast and accurate.

The HDR mode of the 16-MP rear shooter is outstanding. More specifically, it is better than the primary camera of the iPhone 6. The specific option is activated in the auto mode more readily. It results in a significant improvement of clarity and sharpness.

If you want to get more control over the shooter, you should use the pro mode. The option offers you with the total control of the sensor’s sensitivity. Moreover, it provides you with the access to manual focus.

The outstanding performance in the low light condition is a major selling point. It captures much better photos under dim lighting than the iPhone 6 shooter. All the credits go to the larger f/1.9 aperture, which lets in more light, and a higher mega pixel range.

The video recording performance is very impressive. You can record 1080p videos at record at 60 fps. You can also record slow-mo 720p videos at 120 fps. The rear shooter supports 4K video recording. However, it will eat up a significant amount of phone storage.

The 5-MP secondary camera is also very impressive. It supports “wide selfie” option, which lets you bring in more people to the frame. If you love to take group selfies, it will be very effective for you. Moreover, the shooter supports beauty shot, which makes the skin look very smooth. 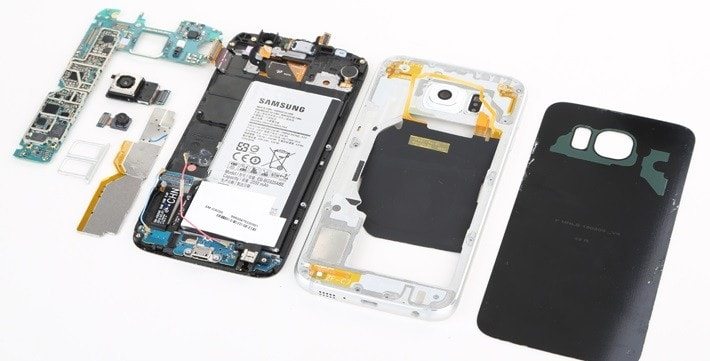 The combination of Exynos 7420 octa-core processor, 3 GB RAM and Mali T760MP8 GPU enables it to run all the popular graphics intensive games, including Real Racing 3, very smoothly. We haven’t experienced any fps drop while playing. In 3DMark Ice Storm gaming benchmark test, it scores 20,778 points, which is significantly higher than the iPhone 6 (17,182 points).

The score is reflected in the general usage. All the apps are opened with the blink of an eye. You can open two different apps at the same time through multi-windows. And still, you will not find any lagging. Overall, it is the best performing Android phone in its class. 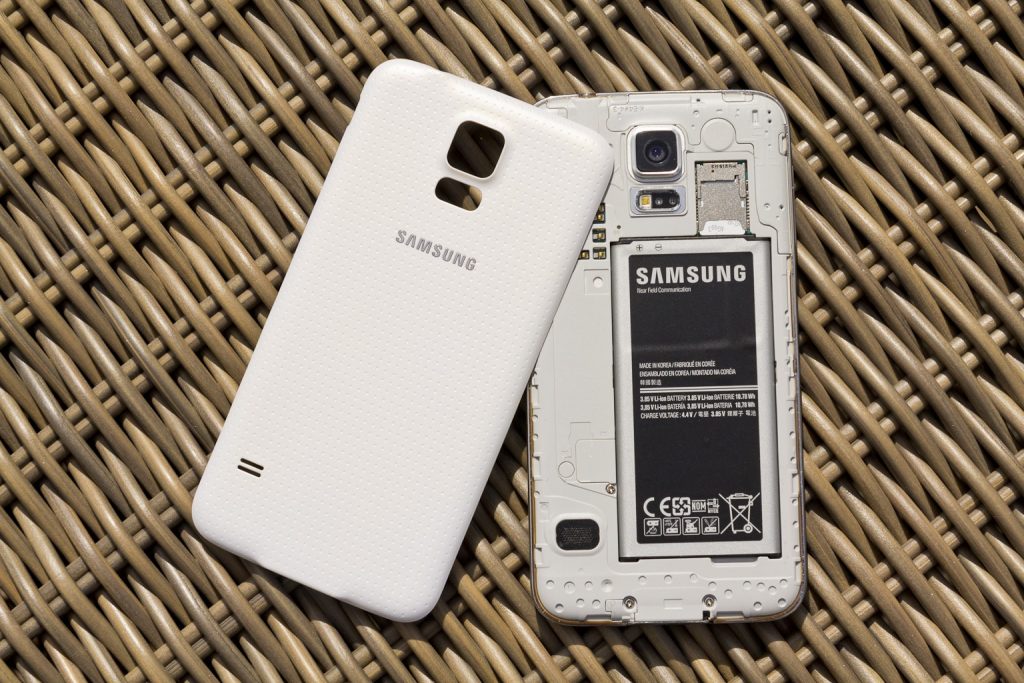 The Samsung Galaxy S6 sports a 2,550 mAh battery, which is smaller than its predecessor (2,800 mAh). The capacity has been reduced to make the device slimmer and more attractive. However, it has affected the performance. In the standard video loop test, it lasted 12.4 hours, while the battery of the Galaxy S5 survived 15 hours and 18 minutes.

After surfing online, chatting and uploading photos on Facebook, checking emails and using Google Maps to navigate around the city, we found that the 2,500 mAh battery is able to make a day comfortably. However, if you love to play games frequently, you will have to charge it at least once in a day. So, if you do not like the phones that require charging every day, the Samsung Galaxy S6 is not the right choice for you.

Samsung’s vision with the battery looks quite different. It doesn’t want to force the battery to last longer like the other manufacturers. Instead, the company wants it to get fully charged very quickly so that you can begin using it soon enough. With the quick charging technology, the device can be juiced up to 70%. 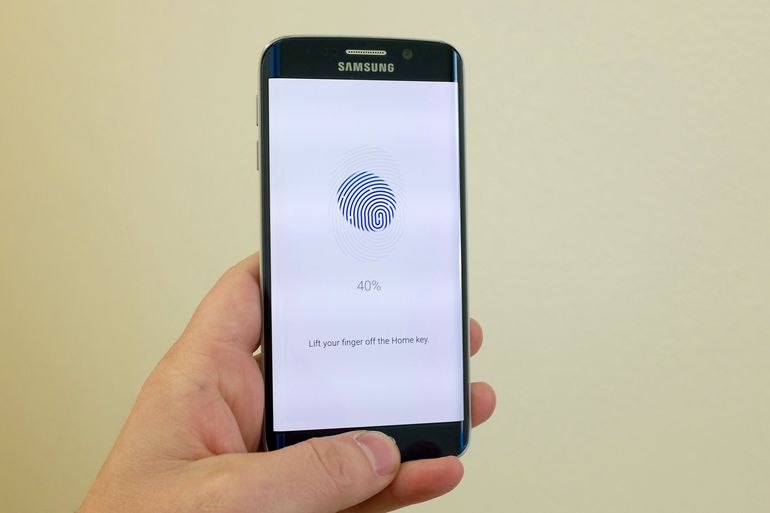 The Galaxy S6 has all the sensors, including accelerometer, gyroscope and barometer, which you expect from a great smartphone. It has a heart rate sensor, which has become significantly more accurate than its predecessor.

Similar to the Galaxy S5, the Galaxy S6 incorporates a fingerprint scanner on the home button. It has received a major improvement. You just need to hold your thumb on it to unlock the phone. You no longer have to swipe across it.

The Samsung Pay was first introduced with the Galaxy S6. Similar to Apple Pay, it can perform online transactions securely. However, it has a unique option that supports Magnetic Secure Transmission. The technology enables the device to work with the traditional credit/debit card terminals. You will not find this amazing feature on Android Pay and Apple Pay. 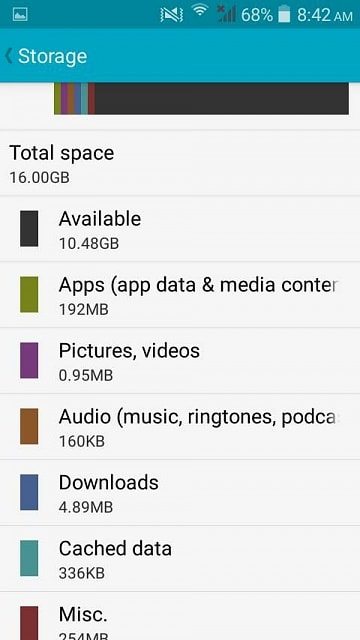 The Galaxy S6 is available in three different internal storage options, including 32 GB, 64 GB and 128 GB. However, it no longer supports the microSD card slot. So, you cannot expand the storage through the external memory cards. The move has infuriated a large number of Samsung fans. But fortunately, you get 100 GB of Google Drive storage free. So, you have enough space to play with. 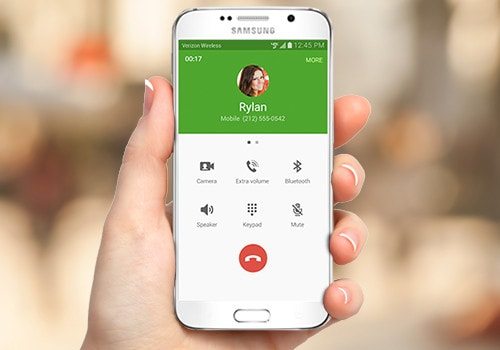 There is nothing special in the call quality. It sounds quite similar to a standard smartphone. If you think that the device will make the calls sound a way better than the other devices, you are wrong. However, the call quality is definitely not terrible.

The device supports voice over LTE. So, you can continue your conversation on the phone while downloading songs and music videos on 4G.

Messaging in the Galaxy S6 has been a great experience. The messaging app has got smarter. It can learn your typing habits effectively. So, you can type faster than ever before. However, it has an irritating issue. The app corrects words with capitalization automatically. So, while typing, you will be frustrated with the automatic override of the capitalization. 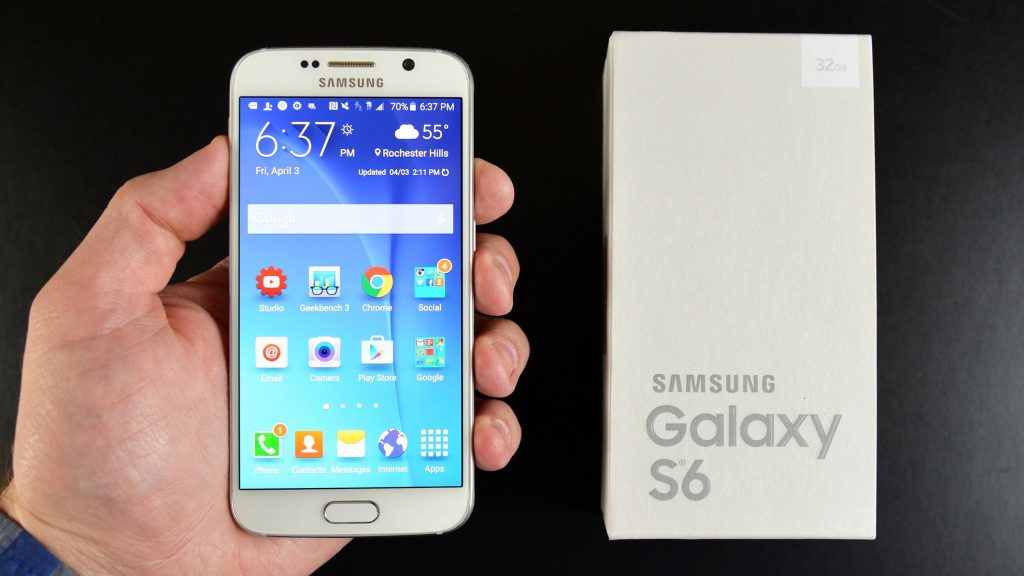 The Samsung Galaxy S6 has some issues with the design. And its battery performance is not up to the mark. However, it is still one of the most competitive smartphones on the market. Its hardware can be a bit outdated. But still, they can compete with the very best. There is no doubt about the camera quality. If you love to take great shots, the 16-MP shooter is the go-to option for you. The display is super clear. It’s one of the most stunning smartphone screens of all time. The support for Samsung Pay is a huge plus point due to its ability to work with traditional credit/debit card terminals. Considering all these facts, the $449.99 Samsung Galaxy S6 has become the best choice for the people who want to have an outstanding smartphone at a very reasonable price.