If you got it, then you’ve really got it, and the Samsung Galaxy S6 Edge definitely has it. We’re talking about the latest Android 5.1 update as it beat out Nexus to receive the newest Lollipop operating system update. The Samsung Galaxy S6 Edge Android 5.1 update has been spotted soon after hitting stores after the worldwide launch as many consumers are reporting it globally.

It’s amazing to see just what Samsung put into the dual featured Galaxy S6 Edge, and it’s even more amazing to see the attention that developers are giving it. Nexus was the first to receive the initial rollout of Lollipop months ago, and now it’s the new kid on the block receiving the latest update. 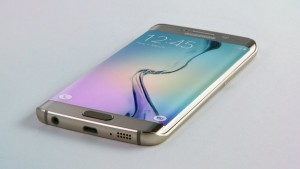 The Nexus 6 was believe to be the first flagship to receive Android 5.1, but developers have shifted their focus to the top-selling flagship today. Selling at a clip of more than 400 times than early projections, the Galaxy S6 Edge is the early favorite for smartphone of the year.

T-Mobile is the first US carrier to feature the Samsung Galaxy S6 Android 5.1 through the OTA update. As of this time, there’s been no official word from the other US carriers such as Verizon, AT&T, and Sprint, but it’s only a matter of time.

If you own a T-Mobile Galaxy S6, you should be receiving the on-screen install option in a matter of time, unless you already updated to 5.1. You can manually check within your phones setting by going to settings > system updates > check for latest system update. Here you can check to see which version of Android 5.0 you have and install 5.1 if it’s available.

As always, don’t forget to back-up your information as is the case before installing any major updates.