Based on all there is to know on the upcoming Samsung Galaxy S6 Edge and Galaxy S6, at first glance they seem to have everything. This is at least, what most would assume, but when looking deeper into the amazing specs and features of the S6 and Samsung Galaxy S6 Edge concept, there are a few things missing. Looking past the amazing QHD screen, eight core processor, wireless charging, and of course, the metal design, you may not have realized it’s missing Micro SD slots, a removable battery, and a waterproof concept.

Samsung elected to beef up the other features including expanding the on-board memory options giving consumer three S6 and S6 Edge variants including a 32, 64, and 128 GB version. Without the ability of expandable memory as seen in the concept of the S5, some consumers who are dependent on the Micro SD card slot may not be able to overlook it. 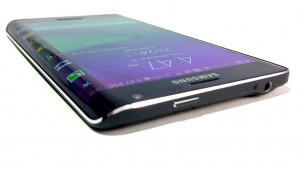 In previous models of the Galaxy S series we have also had the ability of changing out the battery. This will also be a thing of the past with the Galaxy S6 concept as it will feature a non-removable 2600 mAh battery. With less juice at start-up, those who live life on the run may miss out on the fact of not being able to swap out a dead battery for a charged one.

The idea of a non-removable battery is expected to be easily overlooked for many due to the wireless charging and quick charging features of both the Galaxy S6 and S6 Edge. You can now wirelessly charge the S6 by simply placing it on any supported charging matt. This will give you approximately 30% battery life, and will only take about 20 minutes.

The quick charging feature will be seen while using a supported S6 charger and will give you more than 50% battery life in as little as 30 minutes. The smaller non-removable battery has enabled Samsung to give the S6 the sleek and sexy metal uni-body design that consumers have been asking for.

Also missing out of the Samsung Galaxy S6 concept is a waterproof design. For most, this will easily be overlooked, but some who like underwater pictures or the added feature it will not be. Waterproof smartphones do give users the extra piece of mind when looking at protecting their investment or spontaneous underwater pool pictures.