Samsung has been working hard on pushing Lollipop out to most handsets, and we’ve finally heard the latest on Android 5.0 for both the Galaxy E5 and Galaxy E7. There was some speculation that the E5 wouldn’t be getting the Lollipop update, but it’s been confirmed that both the E5 and E7 will be getting the OTA update during the 3rd quarter.

Now that all Samsung flagships have received 5.0, it seems the time has come for the mid-range smartphones will be seeing the rollout next. Both the Samsung Galaxy E5 and E7 Android 5.0 release is expected to hit India in July. 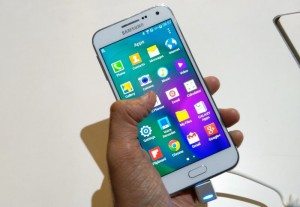 The E5 and E7 will be getting the same material design enhancements as seen in Samsung’s high-end handsets including a much improved TouchWiz UI. Performance upgrades are also expected including battery efficiency, faster processor, quick settings that will increase the user experience.

We’ll have to wait for the complete source list once Samsung makes Android 5.0 official for the Galaxy E5 and E7, and we’ll bring you the very latest as soon as it happens.