Samsung has finally made the long-awaited official announcement on their next flagship smartphone, and much to our surprise, they revealed not one, but to Samsung Galaxy S6 models. There have been numerous rumors over the past few months on a S6 Edge concept that takes after the original Edge concept of the Galaxy Note Edge. Both models were debuted for the whole world to see at the start of the Mobile World Congress event which is expected also feature many other 2015 Android smartphones.

Both the S6 Edge and the Samsung Galaxy S6 release date will start April 10th which confirms much of what we’ve been reporting over the past couple of months. Setting up to be a huge hit worldwide, both the standard S6 and the Galaxy S6 Edge sport some amazing specs and features. 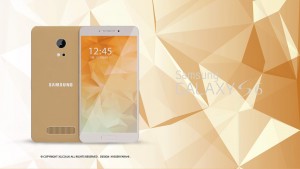 Focusing on the metal design that we’ve been waiting for, the S6 looks to get back on track as one of the industry’s top smartphone manufacturers. With decreasing sales over the past couple of years, Samsung is hoping that the worldwide April 10th Samsung Galaxy S6 release date will help them do just that.

No specific information was made available on country specific release dates, but there are many rumors in circulation on the US, UK, and Korea Samsung Galaxy S6 release date. Korea will certainly kick off the launch, and will soon be followed by both the US, UK, and worldwide release right after.