Since the launch of the Japan only Sony Xperia Z4 last month, there has been continued speculation of the launch of the true Z4 flagship. With a May 28th press event looming in Hong Kong, it’s starting to seem like the current rumors may be true. With the idea that Sony intends on launching a worldwide version of the Z4 this summer, all eyes are waiting to see the real Sony Xperia Z4 announcement.

Through media invites, Sony Mobile has confirmed the announcement of new tech devices and the Sony Xperia Z4 announcement is expected. The May 28th event has already reference a new Xperia flagship smartphone, but no specific details have been given. The invites for the Sony media events upcoming coincide with the current rumors on Z4 flagship model that will be featured in other markets outside of Japan. 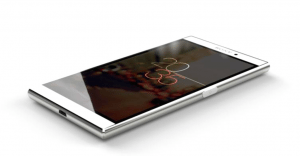 The press event in Hong Kong is just one of many that Sony Mobile will be having an event is scheduled in India on May 26th and Taiwan for the same week. The event in Taiwan is expected to be the launch of the Z4 tablet and the mid-range Xperia C4, although this has yet to be confirmed.

We’re keeping our fingers crossed on what many thought would be representative of an Xperia Z4 flagship release, and one that we thought we would’ve seen by now. The Sony invite for the invite in Hong Kong also references an all-inclusive handset with waterproofing, and a premium camera, display, sound, and design.

This is what we were hoping to see, and hopefully on May 28th we’ll see the real Sony Xperia Z4.