A Motorola exec has already suggested the next Moto X smartphone will debut in late August to early September, and as we get closer to the inevitable release of the Moto X (2015) more rumors are surfacing on what’s expected. According to the latest, the 2015 model will be much improved over the 2014 model including the latest on which processor we’ll see.

It was initially thought Motorola would opt for the issue-less Snapdragon 808 processor, but now we’re hearing rumors that it’s more likely the Moto X 2015 model will feature the faster and more powerful Snapdragon 810 processor. 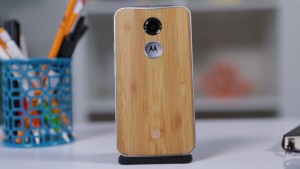 The faster 810 processor has had its fair share of controversy in recent months, but the idea of overheating is all a thing of the past. During the earlier days it was believed the processor was unable to handle the internal power, but those ideas have been dismissed through rigorous testing. The Snapdragon 810 has been featured in other flagships including the HTC One M9 and many Xiaomi smartphones.

We’re keeping our fingers crossed that much of the above will hold true, and if so, the 2015 Motorola Moto X will be a contender for the top smartphone of 2015.