For those in Canada who have been patiently awaiting some form of Lollipop for the Rogers Moto G LTE version, it’s been confirmed to be heading your way by the end of the month. There has been a lot of speculation if the OTA update will be Android 5.0 or 5.1, and now, Motorola and Rogers confirmed what most already thought.

With the numerous issues cell carriers were having with 5.0 including Rogers, the carrier confirmed the Rogers Moto G LTE Android 5.1 update would be released by the end of June, and 5.0 would be skipped all-together. This is consistent with what many carriers are doing worldwide, although we’ve been seeing a good mix of the original and the updated version. 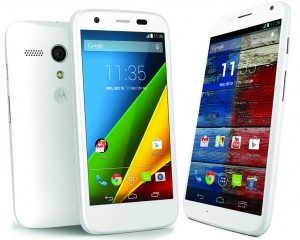 Overall, Rogers customers will be much happier with 5.1 versus 5.0 as numerous glitches and bugs will not be there. Also, security will be significantly improved, material design enhancements, and quick setting options will also be improved creating a much better user experience.

No official release date has been stated other than June which is about a day away. Stay tuned for the Android 5.1 OTA update for those of you sporting the Rogers Motorola Moto G LTE model.