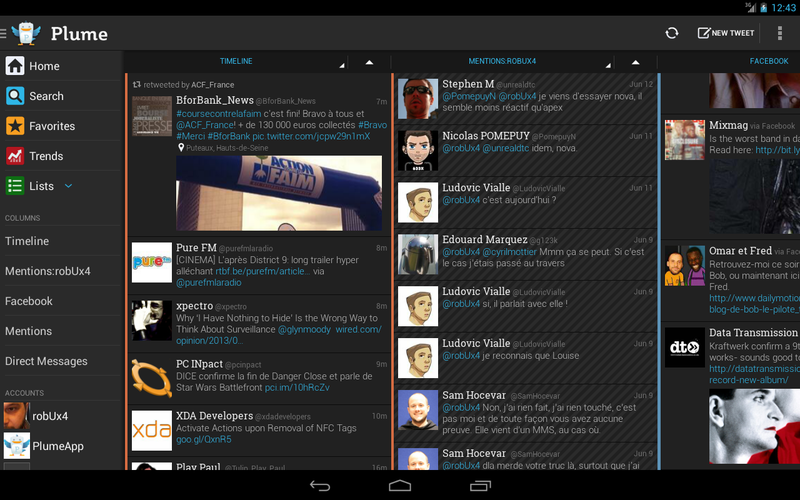 Plume is a wonderful extension of one of the most downloaded social Android apps that provides some of the best customizable features for Twitter. Plume for Twitter Android provides numerous features that will truly change the way you tweet and provides creativity to many of the social aspects. The in-dash features also allows the user to easily customize setting such as color, font, sound, notifications, and even allows you to mute specific users.

Plume for Twitter can be downloaded on any Android device as you can easily use the integrated features across all platforms. The features are so in-depth you can even mute specific users from your timeline, and even specific words.

This is by far the most creative Twitter extension app, and has quickly become one of the most downloaded. It supports the use of more than one twitter account on the same device, live streaming, geo-tagging, and more. 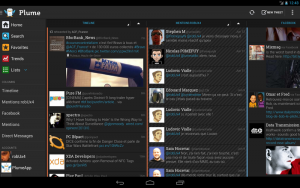 Some of the many Plume for Twitter Android features are as follows:

You can instantly download the free Plume for Twitter app on any Android device including smartphones and tablets. Instantly all of the Plume features with this 100% free download from the Google Play Store.