Oppo just announced a third version of the R7 as the Oppo R7 Lite joins the R7 and R7 Plus. Revealed during the launch event in Indonesia which will be making its way too many markets during the Experience World Tour. Oppo has become one of the best-selling smartphone brands in the Indonesian market which is no surprise where the launch tour kicked off.

The Oppo R7 Lite is said to be a smaller version and will have slightly less in the spec department. Expected to boast a smaller processor and less RAM, but will retain the amazing high quality visual appeal of both the Oppo R7 and R7 Plus. 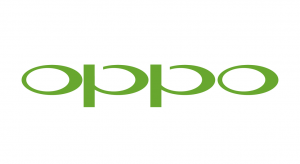 Oppo is looking to further extend themselves into the international market as they look to sell more than the 30 million handsets of 2014, and are aiming for at least 45 million this year. Currently, Oppo smartphones can be found in many 21 international markets including Indonesia, China, Thailand, South Africa, and Vientnam, but have yet to debut in larger markets such as the US and UK.

The R7 sports a 5” display, octa-core processor, and is currently selling in China for 2499 Yuan. The larger R7 Plus boasts a 6” display and is selling for 2999 Yuan. The Oppo R7 Lite price has yet to be announced, but is expected to be around 2000 Yuan when it launches in China.

For more, you can see an in-depth review in this Oppo R7 vs Oppo R7 Plus article.