Those rocking a OnePlus One with the CyanogenMod 12 operating system will benefit while getting the latest version of Lollipop, but those owning one with the Oxygen OS will have to wait a bit longer. Android 5.0 will be rolling out to the Cynaogen Mod 12 OS very soon.

On the other hand, OnePlus executives just confirmed the Android 5.0 update for the OnePlus One with the Oxygen operating system will have to wait until after the OnePlus Two launches in Q3. 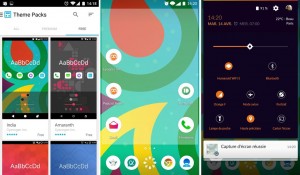 Due to the varying degrees of what Android 5.0 would mean for each operating system, the update was created first for Cyanogen users due to more handsets being used. With less OnePlus One users on the Oxygen operating system, a lack of resources will delay Lollipop until later this year. It’s probably more likely that OnePlus will forego 5.0 for Oxygen and move forward with the OnePlus One Android 5.1 update instead.

Those rocking the OnePlus One CyanogenMod 12 should start seeing Android 5.0 in the coming weeks as it’s in its final stages of approval through Google’s certification process. The update will be to version CM 12.1 and we’ll keep you updated upon the first sighting.