Last year, Samsung announced that a foldable smartphone will be introduced and will be a premium handset, and a new patent was just filled by Sammy which supports this claim. We’ve found out a new Samsung patent which was just filled which shows a new Phablet sized smartphone or a smaller tablet will be featured with a foldable design.

It’s important to note that manufacturers typically file patents when new ideas come up, but doesn’t necessarily mean that production of that idea is underway. The patent filing could mean that the earlier statement for an upcoming Samsung foldable smartphone is in the works or a smaller, foldable tablet. 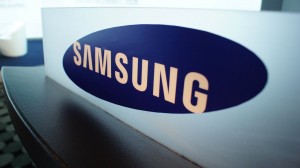 The pictures accompanying the patent filing shows two screens that folds in half, and a stylus port built right in. Dual independent screens would become a multi-taskers dream, which has become most of us who live on the go.

Although Samsung has yet to confirm any behind the scenes action of a foldable device, it’s only a matter of time before Sammy comes through on their promise. The foldable smartphone concept is something we’re all hoping to see, especially considering this new wave of mobile technology.