To help clear up the air, the new HTC One M8s is a reality and not a mis-print. Since HTC announced the upcoming release of the HTC One M8s, there has been a lot of confusion, especially when the HTC one M9 is due to be launched in a matter of days. The new M8s is actually an extension of the M8, and will bring with it some upgrades over the original version.

Somewhat of a surprise, the official announcement on the new HTC One M8 release comes right before the April 10th release of the M9, and gives consumers yet another wonderful choice to choose from. Currently, the HTC One M8 is still one of the top selling smartphones on the market, and the release of the M8s is expected to appeal to those looking for more, but at a much cheaper price. 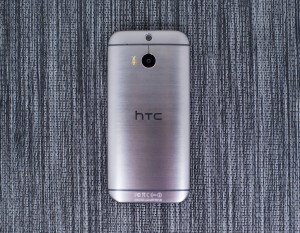 The M8s is currently being sold in the UK, but here in the US we’re still waiting for the official release. When looking at the price of both the M8 and M8s, the expected difference here in the states will only be about $30. The UK new HTC One M8s price is selling for 379 GBP, which is slightly less than the 350 GBP price of the standard M8.

The slightly higher price will give you a step up in battery power and camera specs. The new HTC One M8s battery is a 2840 mAh compared to the 2550 mAh battery of the M8. The camera will be the biggest difference between the two phones as the M8s has a 13MP rear DUO and 5 MP front-facing camera, and the standard M8 features a 4MP UltraPixel DUO front camera ad 5 MP rear-facing camera.

The overall design, screen, and operating system are virtually the same. The M8s is being released out of the box with Android 5.0, and the standard version is being upgraded to the new operating system as we speak, and that’s if you haven’t seen it already.

For the price, the HTC One M8s is a great smartphone with some amazing features. If you are looking for something new, but don’t want to pay the full price of the M9 then this is a great option for you. With the HTC Uh-Oh protection plan, it makes buying the new HTC One M8s an even better buy, at least for the next year it is.