Dell received a ton of attention at the CES event last week with their newest Android tablet. The Dell Venue 8 7000 series Android tablet was given the love by attention and analysts alike, and due in part to the new and unique design. The new Dell Android tablet is one of the best looking tablets that will be released this year, and boasts some high quality specs as well.

Maybe one of the brightest aspects will be the Dell Venue 8 7000 price. With a price tag starting at $400, consumers will not only get a high quality Android tablet, but will get budget friendly one as well. Despite the 8.4” display, the Venue 8 7000 tablet will be the thinnest one on the market with a thickness of only 6 mm.

The unique design of the Dell Venue 8 7000 tablet is what caught everyone’s eye as the screen and speakers are somewhat independent of each other. The reasons for this is what Dell states has created an amazing high quality sounding tablet that offers great audio for movie playback, songs, and other audio formats.

The new ultra thin Dell Venue 8 7000 tablet is expected to gain popularity due to the size, unique display, and very respectable $400 price. The following is all there is to know on the new 2015 Dell Android tablet. 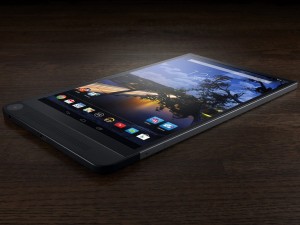 The entire official Dell Venue 8 7000 Android Tablet specs are below:

Currently, you can pick-up the new Dell Venue tablet at dell.com or Best Buy in the US. Consumers in Canada can expect it at many top electronics stores by the end of this week and other larger markets will have it by the end of the 1st quarter. The Dell Venue 8 7000 Android tablet release date is expected to make it to other countries including the UK, Germany, New Zealand, China, India, Japan, and Australia.

The current US Dell Venue 8 7000 Android tablet price starts at $400, and there are many accessories including a wireless keyboard, case, and a custom tablet sleeve.