Regardless of the timing, the new update integrates a much needed Wi-Fi support, hand gestures, drawing Emoji’s, and much more. The new features looks to enhance the overall user experience and Google is hoping to the Android Wear branding with release of the Apple Watch. 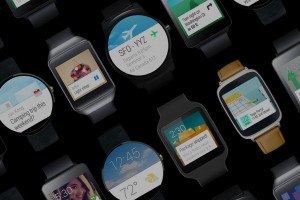 The Wi-Fi support will be the most popular feature as before this you had to be within range of your tethered smartphone to receive texts, emails, and other messages. With some Android Wear smartwatches already having Wi-Fi capabilities, the lack of Wi-Fi support within the former Android Wear OS has made non-functional.

The new Wi-Fi support also gives you continuous connectivity to your smartphone no matter what or who’s Wi-Fi you’re connected to using Google’s Cloud. It’s also believe that the new OS will add an auto connectivity option when traveling through or entering areas with Wi-Fi hotspots.

The top three Android Wear update features are as follows:

The release will start during the 1st week in May and will be seen first in the LG Urbane and will come pre-installed. Other Android Wear smartwatches will see the release via an on-screen message where you will be prompted by Google to install the new Android Wear update.