Nexus smartphones have become some of the most popular models, and the Nexus 6 is still one of the hottest. Motorola looks to brand its own Nexus, and we should see the upcoming Motorola Nexus 6 during the 1st quarter of 2015. The release will give us many of the same premium features in yet another Phablet sized smartphone.

There have been many rumors surrounding the Motorola Nexus 6 smartphone which some are already calling one of the best smartphones for 2015. The Nexus line has always been some of the most anticipated, and with next Nexus and Motorola branding in one this next release will surely be one of the best. 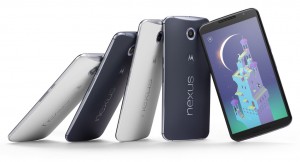 The Motorola Nexus 6 release date is being suggested to be by the spring 2015. Up until now, a specific release date has been unknown but now we’re hearing that the release date could be as early as the 2nd week in January.

Persistent rumors on numerous Droid forums suggest many specs of what most of us say a Nexus smartphone should be. Based on what we have been seeing, the closest reports on the Motorola Nexus 6 specs suggest a Snapdragon Qualcomm 810 processor which will make it possible for a 4K display. The Quad High Definition display could boast an amazing 2560 x 1550 screen resolution. The quad HD display would look awesome on the 5.9” screen that’s been rumored.

Little has been heard on the Motorola Nexus 6 camera specs, although we are expecting to see improvements. While the Nexus 6 boasted a 13 MP primary and a 2 MP secondary camera, increasing the camera megapixels is much needed. The new Nexus 6 camera could feature at least an 18 MP rear camera and a 4 MP front camera. 4 GB of RAM, a 4000 mAh non-removable battery, and it should feature the new Android 5.0 operating system pre-installed.

Stay tuned for more information on the Motorola Nexus 6 rumors as the confirmations should be here before you know it.