The first sighting of the Motorola Moto 360 Android 5.1.1 update has just been sighted via an OTA install and is expected to make it to a smartwatch near you over the next couple of weeks. The OTA update will be available for most users globally within a couple of days, but some markets will take slightly longer. 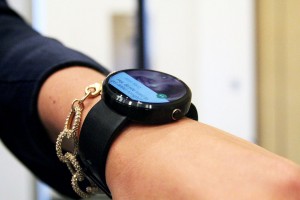 The Android 5.1.1 update has been delayed on the Moto 360 due to some performance and compatibility issues, but there now a thing of the past. The recent Motorola announcement brings Wi-Fi support, new gestures, quick setting options, and much more which enhance the overall user experience.

Aside from Wi-Fi support, probably the single most popular feature will be the ability to draw on-screen to create unique Emojis. Some new customization options are now available along with changes to the quick setting of the current operating system.