There’s no time but the present time to pick up the Moto 360 as Motorola has just dropped the price a cool 100 bucks. The $100 Moto 360 price reduction is one of many since the launch one year ago, and makes it almost impossible to not get it if you’re looking for an amazing Android smartwatch.

The $100 off Moto 360 price reduction is only available on official Motorola website as they could be making way for the 2nd gen Moto 360. Rumors are increasing on the follow-up which is expected to be made official sometime this summer, and is expected to further build on the success of the original. You can customize your 360 to fit your very own needs with a wide array of add-ons prior to checking out. 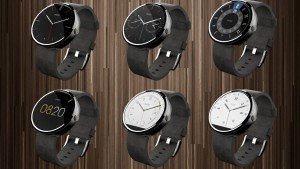 With the Moto 360 Android 5.1.1 update has been made official, and is expected to start rolling out by the end of June. The 5.1.1 rollout is expected to extend the functionality and further enhance the user experience.

You can purchase the Moto 360 from Motorola through this exclusive link.