The V30 is the best smartphone that LG has ever created. Having a wide-aperture camera with a stunning shooting ability and a high-quality DAC capable of delivering outstanding audio, it has become a great value for your money. It’s an amazing device. But can it outmuscle the other flagship phones in the market, including Galaxy S8+ and iPhone 8 Plus? In this LG V30 review, you will find all the answers in a detailed way. 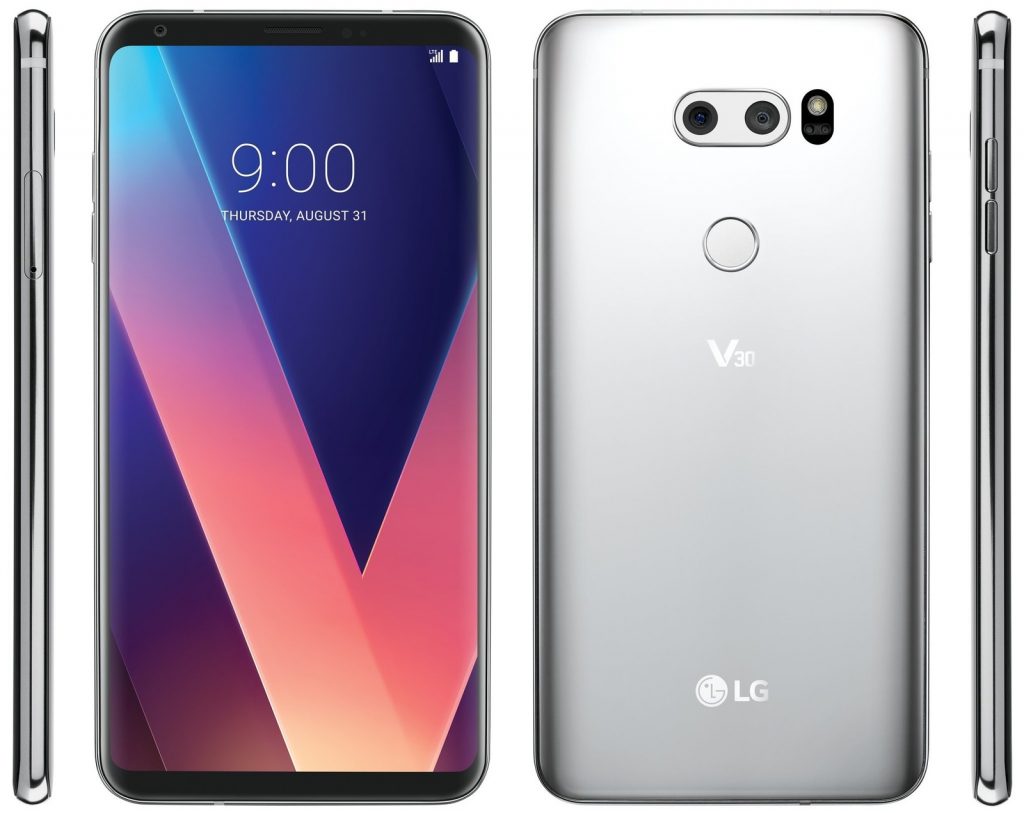 LG knows that it needs to draw the attention of the consumers with a very clean design. That’s why, it has used a perfect combination of high-end steel and glass in a spectacular way. In fact, it marks the end of LG’s production of unattractive smartphones.

Similar to the other top smartphone manufacturers, LG has reduced the amount of bezel around the display significantly. It enables the manufacturer to widen the screen as much as possible. As a result, despite having a smaller dimension than the predecessor, the V30 has a larger display of 6-inch. However, the massive screen doesn’t cause any problem with grabbing the phone comfortably. It feels amazing on hand, as it is incredibly light.

There has been a trend of removing headphone jack from this year’s high-end smartphones. Fortunately, it’s not the case with LG V30. LG always wants everyone to use the phone conveniently. And the retaining of the headphone jack is part of the plan. So, you can easily connect your traditional headphones to the device. The IP67 rating has also been retained. However, we would love to see the device being IP68 certified.

LG has also done a great job in placing the fingerprint scanner at the right place, which is below the shooters on the rear. Earlier this year, Samsung, one of its major rivals, released Galaxy S8 with a fingerprint reader being placed right beside the rear camera. It increases the chance of lens being smudged rapidly. But you will not face such issue with the LG V30.

Overall, the design of the V30 is really great. However, there is only one issue. When you press the rear, you will feel that you have created a hole. You will not have the same experience with the iPhone 8 Plus and Galaxy S8+. 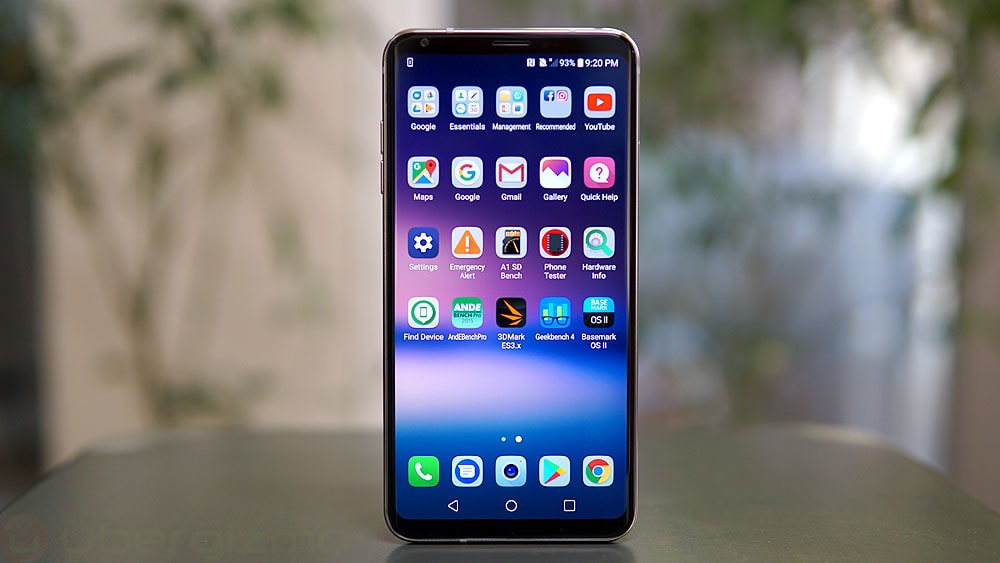 Like many other flagship smartphones of this year, the LG V30 comes with a 6-inch display. Like the iPhone X screen, it stretches all the way to the top and bottom of the edges. As a result, it looks quite different from the predecessor. Being equipped with the P-OLED display, the 6-inch display is able to produce a stunning view. The colors look vibrant. The black look very deep.

However, it is definitely not the best OLED screen on the market. It is not as bright as the Samsung’s smartphone screens. As a result, you will not get a great performance under the direct sunlight. You will struggle a bit to capture photos in the outdoors. You will also find it a bit difficult to watch the videos clearly on the bright outdoors. There is another issue. When you watch movies in the darkness with a low brightness, you will find that the blacks have been totally shattered.

LG V30 no longer has the secondary display that used to show different notifications. However, you can enjoy the same feature by activating the new “Floating Bar” option. 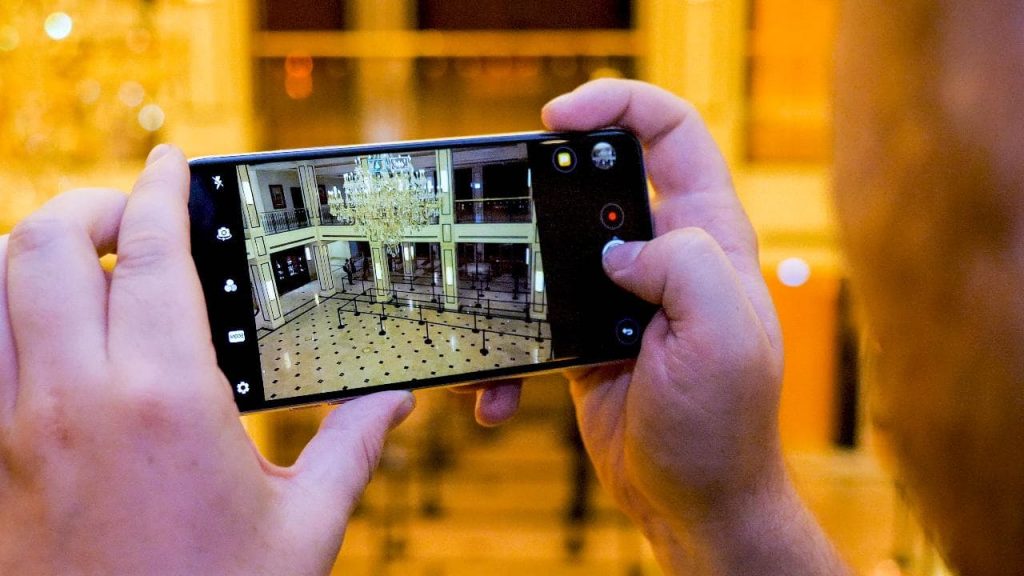 The dual camera setup (16-MP and 13-MP) of the LG V30 is outstanding. It can take absolutely stunning photos. They are super-crisp and incredibly vibrant. Sometimes, it manages to perform better than the Galaxy S8+ shooter. When zooming in, you will relatively less noise in the captured photos. In addition, more details are covered in the shot. All the credits go to the higher megapixel range and a larger aperture lens.

In the daylight, the dual camera setup performs flawlessly. With wide angle lens on the second shooter, it is able to capture significantly more details of the scene than any other phone camera. However, when you choose the auto mode, you will find that the dual camera setup is underperforming. Autofocus becomes very slow in the low light. It struggles to maintain perfect white balance and exposure. Same thing happens when you record videos. With auto mode being turned on, the 1080p or 4K videos doesn’t look as sharp as the ones recorded with the rival shooters. This is the type of issue that can work as a deal breaker for many people.

We have also found an issue with the stability. It’s really difficult to record smooth videos while walking around. LG says that it has included both optical and digital video stabilization features with the V30. However, we find the shooter to be very shaky, which is very frustrating.

The front facing camera is really good. Despite having a relatively low megapixels (5-MP), it can take absolutely fantastic selfies. It also shows a very impressive performance in making clear video calls. 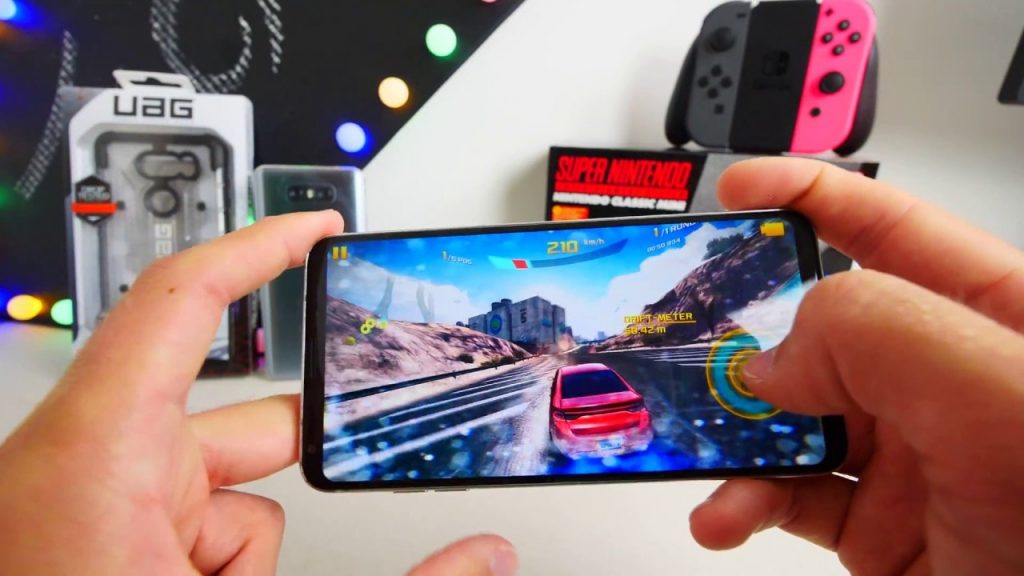 Similar to the other Android flagship phones of this year, the LG V30 has been packed with the Snapdragon 835 processor and Adreno 540 GPU. However, the capacity of RAM is relatively low (4 GB). Nonetheless, it is able to deliver a flawless performance. You can play all the latest games with an absolutely stunning graphics and pace. While writing this LG V30 review, we played several games with rich graphics, including Asphat Xtreme and N.O.V.A Legacy, with an incredibly smooth FPS. We hadn’t experience any lag.

However, in the benchmark tests, LG V30 fails to beat most of the competitors. In the Geekbench 4 (multi-core) test, it scores 6,365 points, which is lower than 6784 points of the Galaxy S8+ (Exnyos chipset). However, it manages to beat the model that features the Snapdragon 835 processor.

Same thing happens in the GFX 3.0 Manhattan (onscreen) test. While the Galaxy S8+ with the SD 835 delivers 34 fps, the LG V30 manages to outperform it with 35 fps. But once again, it falls far behind from the Exynnos model of the Galaxy S8+, which delivers a much better fps of 40.

LG V30 is available in two different internal storage options – 64 GB and 128 GB. And you can get even more space by using the microSD card. LG says that the device supports up to 256 GB of expandable memory. So, you have tons of space to keep all of your favorite stuffs. 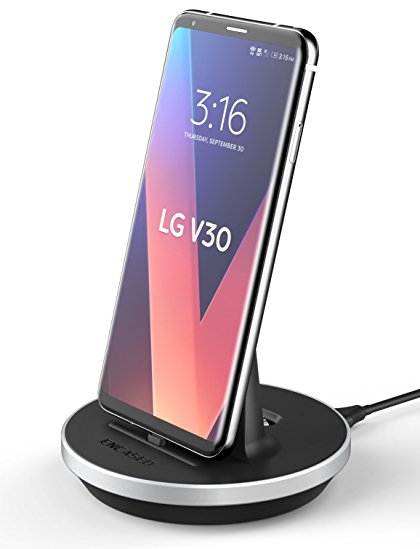 LG V30 sports a 3,300 mAh battery. In terms of display size, the capacity might seem inadequate. However, it manages to last longer than what we expected. In GSMArena’s endurance rating test, the 3,300 mAh battery survived 93 hours, which is staggering. As a result, it manages to outmuscle all of its rivals, including Galaxy S8+ and iPhone 8 Plus, which survived 88 and 81 hours respectively. Even the more expensive devices, including Galaxy Note 8 and iPhone X, fail to beat it.

While writing this LG V30 review, we monitored the battery performance throughout the day. After watching a movie in 1080p resolution, we found that only 13% charge had been dropped. In this case, the other smartphone batteries would have consumed at least 20% of the juice.

If you check emails, make a handful of calls, watch YouTube videos and play games for several hours, you will find that the battery makes a full day pretty easily. And if you decrease the usage a bit, it can even make a couple of days.

The 3,300 mAh battery supports the Quick Charge 3.0 technology. And we are very happy with it. The phone can be charged up to 67% within half an hour. So, even if the battery is drained out after playing power-hungry games, you can quickly top it up and resume playing. The LG V30 also supports wireless charging technology, which is much slower than Quick Charge 3.0. Nonetheless, we are happy with its inclusion, as it is a must-have feature for a flagship phone. 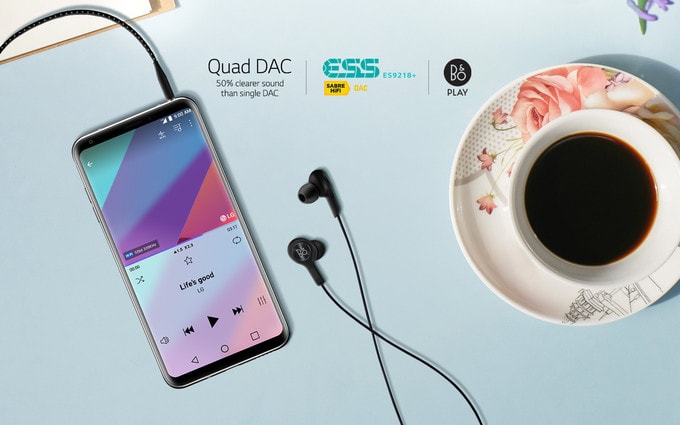 LG V30 features the Hi-Fi Quad DAC (digital to analog converter), which enables the device to generate a super-crisp sound. When you connect the headphone to the 3.5-mm audio jack, you will begin to feel that the DAC is not just a gimmick, but a feature that makes the V30 an audiophile’s dream. You will listen the music in a much warmer way. This is the kind of experience that you will not get from the other smartphones on the market. However, to take full advantage of the Quad DAC, you will need a very good headphone. The cheaper options will not work well with it. 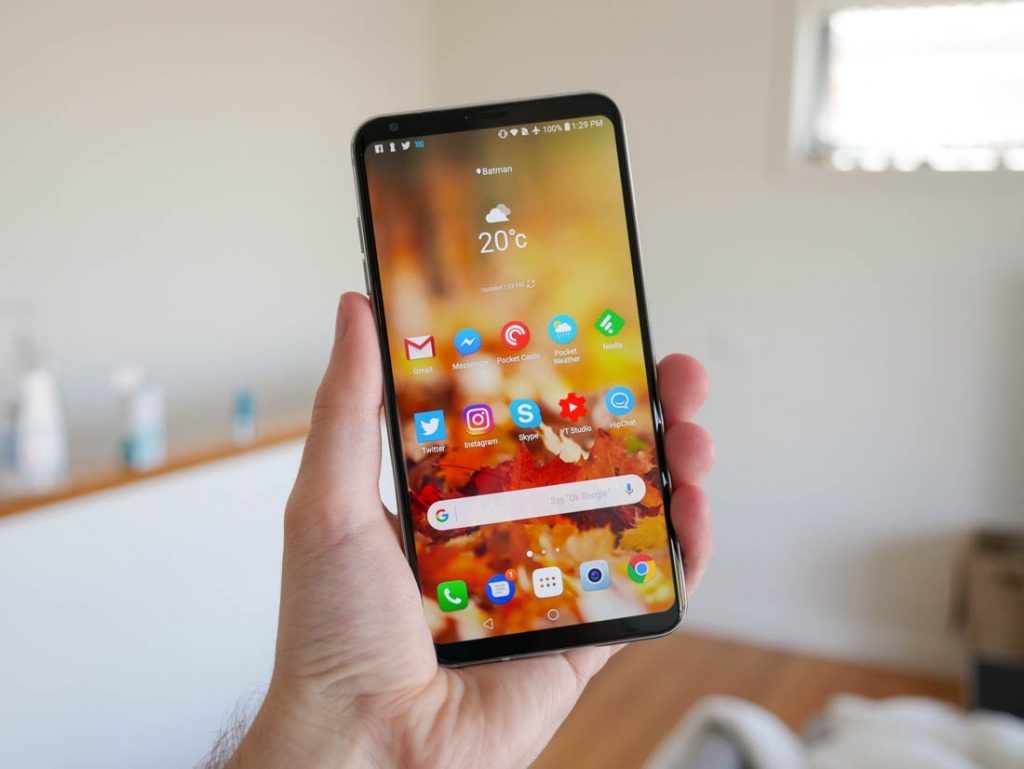 LG V30 doesn’t have the sharpest smartphone display on the market. Its cameras are decent. But there are some major flaws. It also fails to beat the major rivals in the benchmark tests. But on the bright side, it performs really well practically. You will never experience any fps drop while playing the latest game. The design is very attractive and can catch your eyes at the very first sight. The most impressive thing of the LG V30 is the 3,300 mAh. It can last longer than almost all the flagship phones of this year. So, if you emphasize on practical hardware performance, attractive look and the long lasting battery, there is nothing wrong with buying the LG V30. However, if you are a photo enthusiast who is serious about taking flawless shots, you should explore the market for better options.