With most flagships already receiving one version or another of Lollipop by now, new rumors on the LG G3 Android 5.1 update are now taking shape. Earlier this year, LG confirmed the G3 would get the latest operating system, but as it seems this may all change with the recent announcement of the upcoming Android M operating system.

With most manufacturers seeing long delays for the Lollipop, it seems those waiting for the LG G3 Android 5.1 rollout will be waiting indefinitely. New information suggests that LG will be skipping the newest version of Lollipop for the G3 all-together and will be updated straight to Android M later this year. 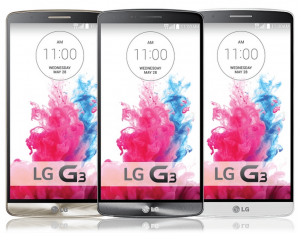 This makes the most sense considering the many problems manufacturers have been having with Android 5.0 and 5.1 which has caused extensive delays globally. With the LG G4 debuting with Android 5.1 preinstalled, this leaves the former flagship the next one in line to be updated to the latest version.

Android 5.1 brings many security, battery, Material Design, and many other enhancements which will all be a thing of the past once Android M becomes available. As manufacturers begin to shift their focus towards Android’s newest operating system, we’re expecting many others to follow-suit.

While this has yet to be confirmed by LG, we’re expecting to hear something concrete by the end of this month.