The LG G2 Mini was released in Europe early last year, and until now users have been stuck on Android KitKat 4.4.4, and those who have yet to see Lollipop will in a matter of time. The rollout typically takes a couple of weeks to reach all handsets, so be patient if you have yet to see the install option. 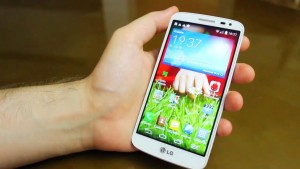 LG has been working hard on rolling out Lollipop to all of its handsets as most flagships have already been updated. Typically, most manufacturers will launch the newest updates on their top-selling smartphones and tablets which is why the LG G2 Mini Android 5.0 rollout is so late.

This is good news for those in other markets who are sporting the G2 Mini and are patiently waiting as it means it’s only a matter of time. We’ll continue to update you as the progress in other markets and you can always drop us an email, FB message, or comment below if you’re seeing something we’ve yet to report.