We know what you’re thinking; this is a site all about Android and I’m reading an article on the upcoming iPhone 6s, and you’re right. The fact remains is that Apple is the biggest competitor to Android, and with the latest version of the iPhone due to be launched in a few months, new leaks on the iPhone 6s release date really is a big deal.

It seems as though there was an email exchange between a Vodafone employee and MobileNews detailing the iPhone 6s release date when preorders would open for the 6s. Consistent with what we’ve been hearing, the consumers will begin to start purchasing the 6s as early as September 25th with preorders starting on September 18th. 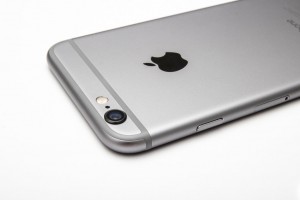 The dates will end up being carrier specific, but the dates above means this is when carriers will be able to start in-store/online sales as well as start taking preorders. There has been a lot of speculation on which naming moniker we would see next as some rumors suggest the s model would be no more, and the next model would actually be the iPhone 7.

The above dates are even more interesting as Samsung will be launching the Galaxy Note 5 around the same time. Samsung and Apple are the two top players in the smartphone industry, and if Apple does go with their global launch starting on the 25th, the Note 5 may debut first.

While this email exchange isn’t a confirmation from Apple Inc, it gives us much more to go by than we have now. It’ll be interesting if the above leaks on the iPhone 6s release date hold true.