Since the debut of the new HTC Desire smartphone, consumers from around the world have been patiently waiting for the HTC Desire 826 release date. Consumers in China have already gotten the first glimpse into the new Desire 826, and based on the overwhelming sales expectations we are expecting to see the same in other markets including India, UK, and here in the US.

We have found new information on when and where to expect to see the budget friendly release from HTC as it’s set to debut in India next. The rumored India HTC Desire 826 release date is believed to be by mid-March and is expected to draw a huge amount of consumer interest. The follow-up to one of the best-selling mid-range HTC smartphones, the Desire 826 is expected to be a sell out in India on launch day. 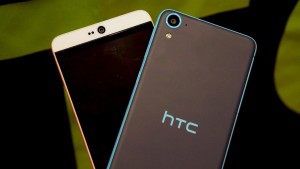 There has been no official announcement on the US and UK HTC Desire 826 release date, but new rumors suggest it won’t be until the end of March to the beginning of April. With a US price of only $325 for a 16 GB variant, and $400 for a 32 GB variant, we are expecting huge interest in the US and UK as well.

Be sure to check out one of our top articles for the complete HTC Desire 826 review.