Sony has begun sending out invitations for a media only event in New Delhi scheduled for June 26th which will be the launch of the Sony Xperia Z3+ in India. Finally making its way to the Indian Market, the somewhat new and improved Xperia Z3+ makes its way to one of the biggest smartphone markets, and Indian consumers are already marking the day.

The India Sony Xperia Z3+ launch is an invite only event, and according to the invite doesn’t exactly say what will happen, even though everyone already knows. The Xperia Z3+ moniker first debuted in Japan a couple of months back, and is slowly debuting in markets worldwide. The launch in India marks one of the first stops as Sony’s hoping for huge consumer interest. 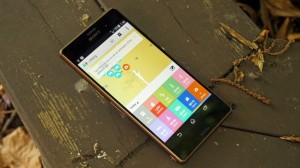 The specs may seem similar to last year’s Z3, and that’s because they are. Sporting the Snapdragon Qualcomm 810 SoC that’s been receiving a lot of negative press due to overheating, the hopes of a recent firmware update released by Sony will fix the issues. The Z3+ will also feature a both waterproof and dustproof features and will have Android 5.0 Lollipop preinstalled.

There’s been no official word on the India Sony Xperia Z3+ price, but rumors suggest it’ll be in the area of Rs. 29,990. We’ll update you on the availability and price as soon as there made official following the June 26th launch event.