New release date rumors on the plastic version of the HTC One M9 called the HTC One ME9 are finally taking shape, and the release in India is right around the corner. New HTC One ME9 release date rumors suggest it’s heading to the Indian market and will arrive by the middle of June. The plastic version is believed to be offer improved specs, and a cheaper price point for consumers.

The India HTC One ME9 release date has yet to be confirmed, but looks pretty clear as it’s already passed through the China certification database. This is typically seen when handsets are exported out of China, and coincides with the leaks suggesting a launch in India by this time in July. 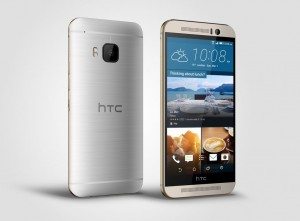 The ME9 is expected to be similar to the M9+ which already debuted in India including a quad HD 5.2” display, Media Tek octa-core processor, 3GB RAM, 32GB internal memory, 20 MP rear camera, and a 4 MP front-facing camera.

The obvious difference between the M9+ and the ME9 will be the plastic surround and the price. Rumors on the India HTC One ME9 price comes in at Rs. 35,000, which equates to a near $530 US price

The One ME9 is expected to launch in India in at least two color variants including the standard gold and grey. As of this time, there’s nothing to suggest the plastic ME9 will be featured in other markets including the UK, Australia, and here in the US.

We’ll keep you updated on the HTC One ME9 release in India including all confirmations on the price and specs as soon as we get them.