When the HTC One M9 launched in mid-April, there were numerous overheating and camera issues that were noticed. After a post-release patch was pushed out to all M9 handsets, the focus now turns to the latest Lollipop release. We’re hearing rumors that the HTC One M9 Android 5.1 update is in the works, and could be here by the end of next month.

The latest Lollipop release looks to bring many enhancements to HTC’s newest flagship including less battery consumption, enhanced Wi-Fi connectivity, better graphics, and better user control. The latest on therelease of HTC One M9 Android 5.1 comes as no surprise as it’s currently being pushed out to many flagships including the Galaxy S6 Edge. 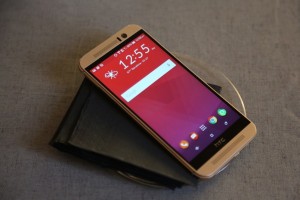 As of this time, HTC has yet to make any release date official as it will be given to local cell carriers so they can make sure 5.1 is compatible with their devices before being pushed out. We will be bringing you the latest info on the HTC One M9 Android Lollipop 5.1 operating system release as soon as we get it, so stay tuned.

Until then, you can manually check to see if the OTA update is available right from your handset by going to “Settings > About > Software Updates > Check Now” to see if it’s available.