Those of you who own the Google Play Edition of the HTC One M7 should have already received the update to Android 5.0, but you may as well move on if you’re waiting for the new update to Android 5.1. HTC has officially announced their intentions for both editions of the HTC One M7 including the Sense and the Google Play Edition as both have already received the Android 5.0 Operating System update, but both will not receive the 5.1 update.

The HTC One M7 Android 5.0 update looks good on both models. HTC has confirmed the speculation of the HTC One M7 Sense Android 5.1 update, which will not happen. Initial reports for two years’ worth of operating system updates for all Sense models will continue as initially reported. 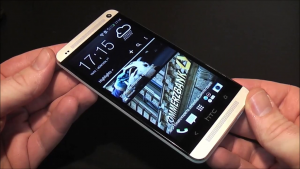 Those who own the M7 Google Play Edition should expect the 5.1 update on or around April 5th. With HTC looking to push the Android 5.1 OS out to all devices by the middle of next month, and this includes the HTC One M8 Sense.

HTC has confirmed that they specified two years of updates for all Sense models, and at the present time they have updated the M7 Sense for the full two years. Google Play Edition models will continue to be updated with no specified duration.