Many consumers have been asking for it, and Sony treated them well with their next installment Sony Xperia smartphone series. Creating a phone that is dedicated for selfie-lovers is just what the Sony Xperia C4 was intended to be, and it looks even more impressive than even Sony said it would be.

The Sony Xperia C4 launch has just started and the global community can get their first hands with the best-selfie experience right about now. Those in Asia have started receiving the rollout as of yesterday, and it’s expected to make it way to Europe, India, and North America over the next few weeks. 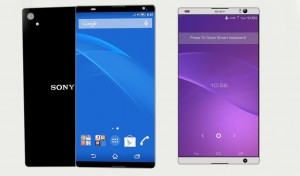 The Xperia C4 was created to be the complete handset, but it’s the high front camera quality that everyone can’t help but notice. The front C4 camera sports an aspect ratio of 1:1, wide angle lens, LED flash, 5 megapixels, and Exmor R built in, it’s easy to figure out just why.

The action doesn’t stop with the front camera of the C4 as the rest of the specs pack quite a punch. A 5.5” full HD IPS display with a resolution of 1920 x 1080, MediaTek 1.7GHz octa-core processor, 2GB RAM, 16GB internal memory, and expandable memory to 128 with a Micro SD card. The front camera features 13 megapixels, 4X digital zoom, and auto focus while 2600 mAh battery makes it all possible.

The Asia Sony Xperia C4 launch is currently underway, but those of us in other markets will have to wait a bit longer. The release date and price are carrier specific, but we’ll be bringing you the latest details as soon as we get it.