In this year, we have seen the release of a large number of convertibles. But only a few of them have achieved a huge population as the Galaxy TabPro S. In this Galaxy tablet review, you will find the detailed reasons behind such popularity, as well as some of its issues. 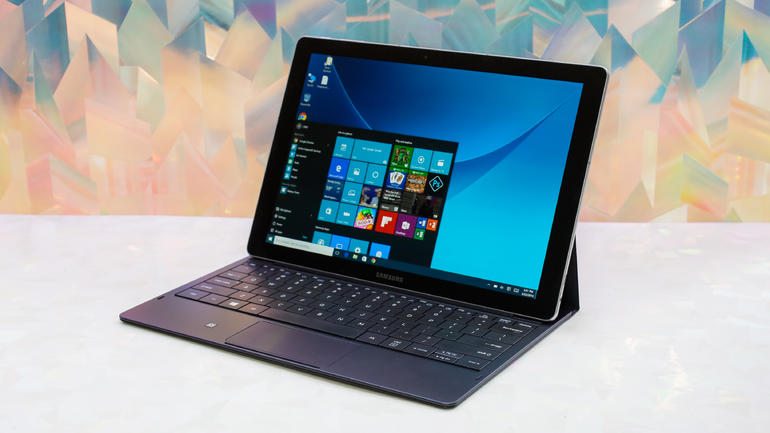 The Galaxy TabPro S looks absolutely fantastic. With the combination of Gorilla Glass front and classy metal frame, it looks quite similar to the Galaxy S7 smartphone. Its keyboard feels really pleasant to use. If you are looking for a good looking convertible tablet, it can be a great choice for you.

The 12-inch Super AMOLED display is ridiculously sharp. It can dazzle anyone’s eyes. It is extremely bright and incredibly colorful. You will find an immense pleasure while watching HD movies and games. More importantly, it has been claimed as one of the best convertible displays of all time by most of the analysts and reviews. As a result, in our Galaxy Tablet review, it gets a great feedback from us.

The mega pixel range of both the primary and secondary cameras has been set to 5-MP. It can take pretty decent photos. More specifically, they can go toe to toe with the shooters of Surface Pro 4 and iPad Pro tablets.

Under the hood, the Galaxy TabPro S contains the 2.26-GHz Intel Core M dual core processor and 4 GB RAM. In the Geekbench 3 multicore test, it scores 4,754 points, which is pretty good. However, it lags behind the Surface Pro 4, which scores 5,523 points. In terms of performing typical tasks, like surfacing online, playing online videos, dealing with general office tasks and running normal Windows 10 apps, the Galaxy TabPro S operates at a decent pace. But we have found several issues with gaming. For example, it crashes while running Minecraft.

We have found several issues in the connectivity. The device has only one USB Type-C port for charging. It doesn’t have any full sized USB port and micro-DisplayPort. Even the micro-USB port is unavailable. Unless you purchase a multi-port adapter, you will definitely struggle with the connectivity.

The 5,200 mAh battery can last a full day comfortably. While streaming NetFlix with 75% screen brightness, only 10-14% charge is consumed every hour, which looks very impressive.

In terms of display, design, battery and office usage, the Galaxy TabPro S is really a great convertible device. However, if you emphasize on gaming and the number of ports, you should go for the Surface Pro 4.

This is the end of the article. What do you think about our Galaxy tablet review? Share your thoughts through the comment section.