Many of us were expecting to see a high quality picture smartphone since the official announcement on the Kodak IMF. Bearing the Kodak name which has become synonymous over the years as being a premiere manufacturer of pictures, supplies, and cameras, many have wondered what to expect with their first release of a Kodak IMF smartphone.

There has been a lot of hype surrounding the new Kodak IMF smartphone release as being a budget friendly, high quality camera smartphone. With the official specs having been made official, consumers are wanting to know if the new Kodak smartphone is worth the wait. With a release date that is expected to be late March to early April, we have compiled an unofficial verdict. 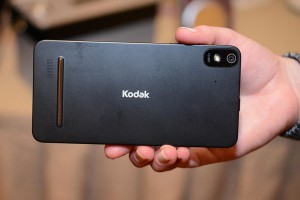 Below, are Five Reasons to not Buy the New Kodak IMF Smartphone:

One of the things that consumers need is phones with an ample amount of memory, and especially phones that are being marketed towards those who love pictures. Coming standard with 8 GB of expandable memory, the IMF smartphone will have a limited amount of memory.

Even lower end smartphones have upgraded to full HD 2K displays, but not the Kodak IMF. The 720p display will definitely be a lower end screen that will be years behind other current and 2015 releases.

3. Kodak Bares Image Quality, but not in the Kodak IMF Smartphone Cameras

You would have thought that Kodak would have looked into integrating better front and rear cameras into the Kodak IMF smartphone which leads us into saying they didn’t. Sporting a 13 MP rear and 5 MP front camera, the IMF will be well behind the camera specs of other 2015 Android smartphone releases.

2. Believed to be Budget Friendly, but Not So Much

The Kodak IMF was believed to be a budget friendly release when made official at this year’s CES event, but no information reports it will be everything but. Initial reports suggested that the Kodak IMF smartphone price would be closer to $200 on launch day, but we are now hearing that it will be closer to $300. With lower end specs, a $300 price tag or higher should be enough to have you looking the other way.

1. The Kodak Name is a thing of the Past

Kodak was once the most prominent name in photographic technology, and in the early 1990’s held a 90% market share. As they look to enter the realm of Android smartphones of 2015, they will look to their long, lost branding of helping them become successful. With the likes of industry leaders as Samsung, LG, Sony, HTC, and many more having already made their presence known, there is little room for things that were, and things that will most likely not become.